Search on for driver who struck, killed 70-year-old pedestrian in Brooklyn 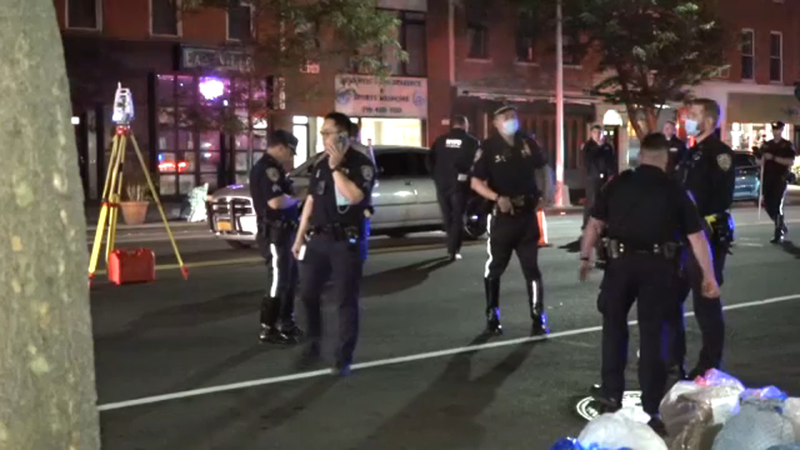 BOERUM HILL, Brooklyn (WABC) -- Police are searching for the driver who struck and killed a 70-year-old pedestrian in Brooklyn.

The incident was reported just before 11 p.m. in front of 494 Atlantic Avenue.

The victim, Leonard Mitchell, was taken to Brooklyn Hospital where he was pronounced dead.

Authorities say Mitchell was trying to cross Atlantic Avenue, between 3rd Avenue and Nevins Street, when he was struck by a dark-colored sedan that was traveling eastbound.

The driver did not stop after hitting the victim.

George Burns was a friend of the victim who said they were just together at a Memorial Day gathering.

"We were out here partying, we were all having a good time and woke up this morning and said he got hit by a car and was dead," Burns said.

Burns said Mitchell stayed in a single room in the building.

"He's a good dude, showed a lot of respect out here, he was one good man, a good respectful man," Burns said.

Others that lived in the same building said Mitchell was a staple and was always out front.

They said on occasion some relatives would stop by to see him, but he didn't have much immediate family.

Another resident of the same building was also killed at the same spot on Atlantic Avenue last November.

Alina Morales, 62, died when she attempted to cross Atlantic Avenue from mid-block. In that case, the driver stayed at the scene.

The seven shooting incidents have left NYPD investigators with their hands full.