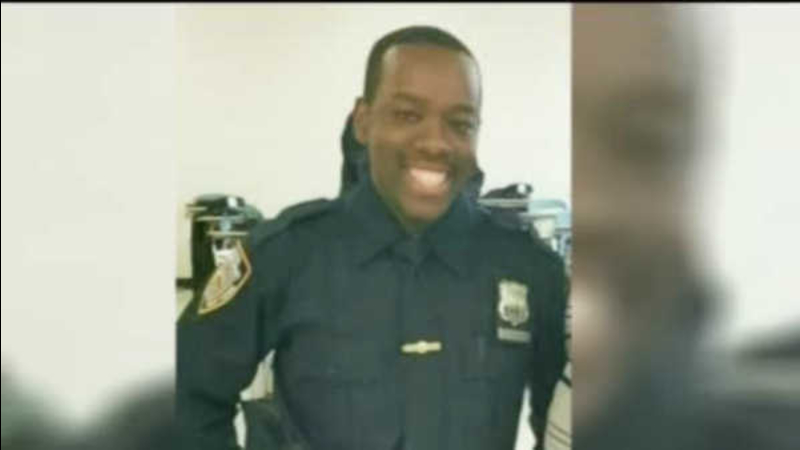 ELIZABETH, New Jersey (WABC) -- A man from Linden has been arrested and charged in connection with a fatal hit-and-run accident that killed an off-duty NYPD officer on the New Jersey Turnpike early Sunday morning.

35-year-old William Espinal-Mejia is charged with a single count of second-degree leaving the scene of a fatal accident. He turned himself in to authorities Monday evening, when bail was set at $100,000.

25-year-old Officer Vincent Harrison of Valley Stream was struck and killed after a fender bender on the New Jersey Turnpike between Exit 13 and 14A in Elizabeth.

Investigators say Officer Harrison was off-duty at the time, and had just stepped out of his car to inspect the damage, when he was struck by a passing car at 3 a.m. Police say the car stopped briefly, then sped off.

"My heart goes out to his family. It is someone who served this city, and was killed. Again, this is the most heinous of acts to kill another human being with your car, an then leave. In this case, killing an officer of the law, and not even having the decency to stay and own up to it," de Blasio said.

Harrison sustained severe injuries and died at the scene.

He was a member of the 100th precinct in the Rockaways, where he was mourned near the neighborhood where he attended high school.

His friends described him as a 'bright and dedicated' young man with a contagious smile, and a warm sense of humor.