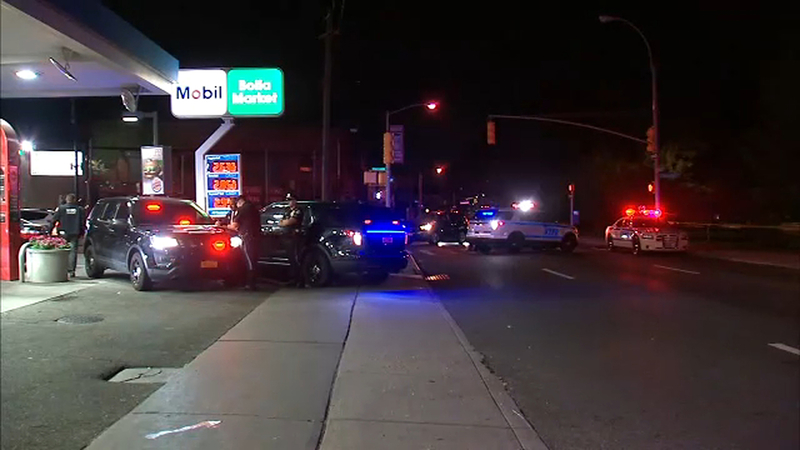 EAST NEW YORK, Brooklyn (WABC) -- Police are searching for the driver involved in a hit-and-run that left a man critically injured in Brooklyn early Sunday.

The crash happened at about 3:15 a.m. as the 47-year-old man was attempting to cross North Conduit Avenue between Liberty and Crescent Streets in East New York.

He was struck by a black SUV that fled the scene westbound on North Conduit, according to police.

The man was taken to Brookdale Hospital.

The NYPD's Collision Investigation Squad was at the scene for several hours. The vehicle involved is a Nissan Murano SUV with front end damage.

Streets in the area were closed for the investigation but have since reopened.