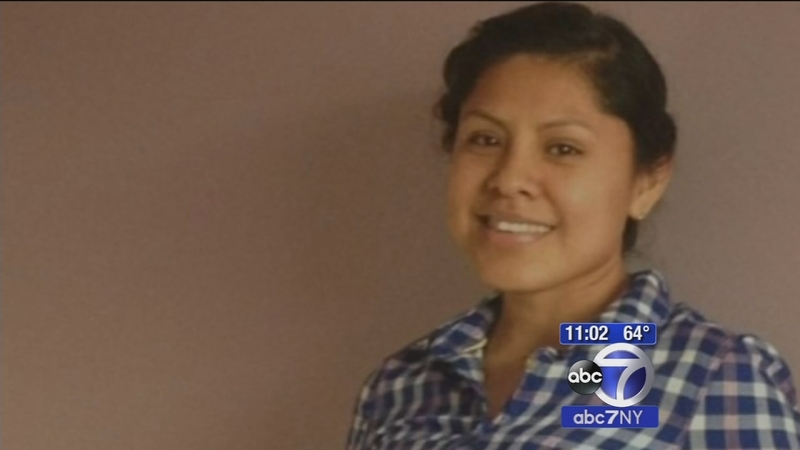 Search for driver after woman struck, killed by car while riding bike home

CITY ISLAND (WABC) -- The search is on for a driver after a young woman was killed by a car while riding her bike home from work.

The hit and run happened on a bridge in the City Island section of the Bronx. 27-year-old Gabriela Aguilar-Vallinos was traveling Westbound on a bike - that is when investigators said someone hit her, and kept on going.

As her family prepares for a funeral, investigators need help identifying the person who was driving a 2015 white two-door Honda.

Aguilar-Vallinos was hit just before midnight Friday. Coworkers say she had just left work at Sammy's Shrimp Box, and was biking home when she was hit. She suffered severe head trauma and later died at the hospital.

Eyewitness News is learning that typically the victim would have a ride home from work, but are told that on that particular night she wanted to get some fresh air.