Woman pushes young girl out of the way before being hit by car in Far Rockaway, Queens 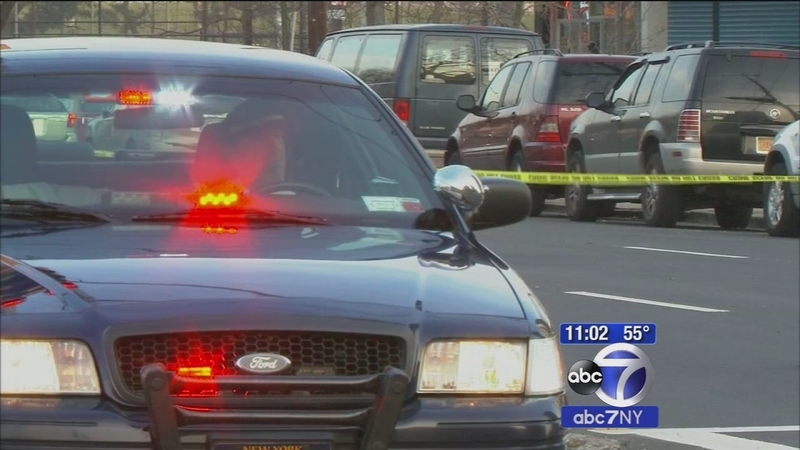 FAR ROCKAWAY, Queens (WABC) -- A woman pushed a small child out of the way before she was hit by a car in Far Rockaway, Queens on Sunday.

Witnesses say the 21-year-old woman was crossing Beach 19th Street just before 1 p.m. and was holding a young girl's hand. They were in the crosswalk when a Mustang speeding down Seagirt Boulevard at double the speed limit was trying to beat the red light. The car slammed into the victim, and then sped off.

Several other drivers who saw the accident happened chased after the car. Police say the suspect was arrested around 2:30 p.m., about 25 blocks from the scene near the Nassau County border.

The Mustang has heavy damage to the front passenger side, a busted rear-view mirror and a massive dent about the front right tire. The victim was reportedly knocked several dozen feet from the force of impact.

Neighbors say the victim lived right nearby where the hit and run took place.

"From what I've heard, she is not doing too well, and our wishes and our prayers go out to her this holiday season," says Ramos Gaston.

The victim was rushed to Jamaica Hospital with head trauma and is now fighting for her life.

Police say charges for the driver are pending. Officers have not released the names of the suspect or the victim. It is still unclear what the relationship between the victim and the young girl is.