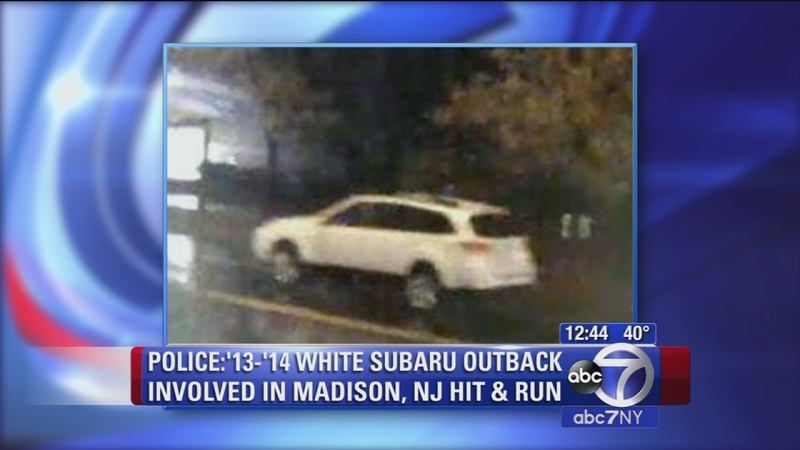 Police hunt for driver in NJ hit and run

MADISON, N.J. (WABC) -- Police in New Jersey are trying to track down the driver involved in a hit-and-run accident that left a child critically injured.

The incident happened on November 19 around 5:30 p.m. Police responded to calls of a pedestrian struck and found a 4-year-old boy lying on Main Street in front of the Rosewood Condominiums in Madison.

Investigators say the victim had been walking with his babysitter and an older child and was attempting to cross the street when he was struck.

Following the crash, the vehicle fled the scene and continued to travel west on Main Street towards the center of Madison, according to police.

Witnesses observed the suspect vehicle traveling in the shoulder of the roadway for approximately one mile before striking the victim.

Authorities released a photo of the vehicle, believed to be a white 2013-2014 Subaru Outback.

The child is in critical condition at Morristown Medical Center.