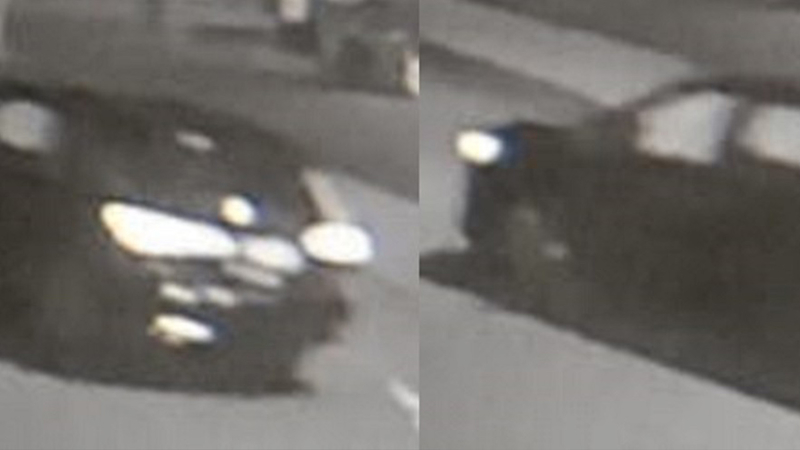 Investigators say they are looking for a black Acura MDX SUV.

The driver of the car was allegedly speeding down Bay Street in the Tompkinsville section around 9 p.m. last Friday nigh, when he or she struck and killed 42-year-old Heriberta Ramirez.

Authorities say Ramirez, a single mom of two teenage girls, was standing in the pedestrian cut-out in the roadway's center median at the time of the crash.

"There was a body underneath the car, and I couldn't believe it," witness Miguel Lovato said tearfully. "So I got on the floor and turned my flashlight on, and there she was, lifeless."

She was taken to Richmond University Hospital, where she was pronounced dead.

"They hit her and they left, like she was nothing," 17-year-old daughter Michelle Solano-Ramirez said. "I know that person has a mom too, like me, so I know they wouldn't want their mom to be hurt."

Heriberta Ramirez worked seven days a week to take care of her daughters, and just a few days ago, she watched Solano-Ramirez graduate high school.

"She always told us that she wanted to give us the life that she couldn't have when she was younger," Solano-Ramirez said. "So she worked hard, long hours."

Police released a blurry picture of the vehicle. Investigators say it likely has front and rear-end damage and also had an airbag deploy on the driver's side.