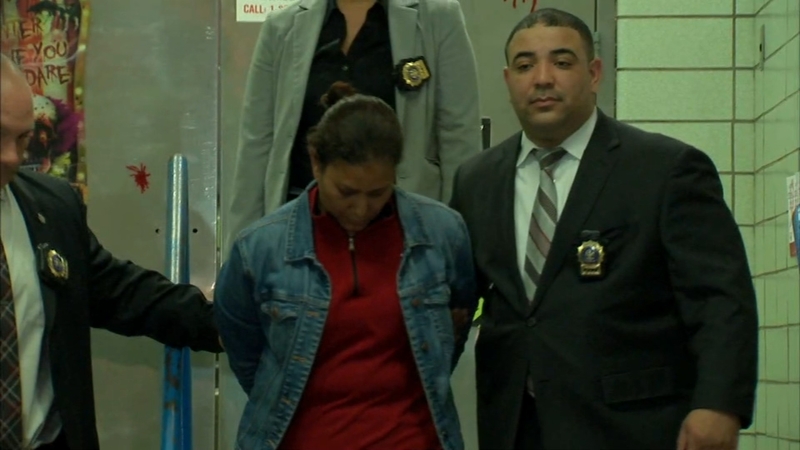 BEDFORD-STUYVESANT, Brooklyn (WABC) -- Police have arrested and charged a woman in connection with a Brooklyn home invasion that left a 91-year-old man dead.

Suzette Troutman, 45, worked as an aide for Waldiman Thompson and his 100-year-old wife Ethlin.

Candace McCowan has the latest on the home invasion in Brooklyn.

She was not hired through an agency, but would run errands for the couple and help them with their grocery shopping.

He kept his head down and tried to ignore the questions as detectives led him out of the stationhouse Friday night.

Police say Blackwood and another man pushed their way into the elderly couple's brownstone on nearby Decatur St.
They say at 3 p.m., they tied up the Thompsons before making off with several thousand dollars in a lockbox.

Ethlin survived, but the ordeal was too much for the love of her life who died before her eyes.


In addition to Troutman and Blackwood, police are continuing to search for at least one more person.