MASPETH, Queens (WABC) -- They are organized and determined. Monday night, a tight knit middle class neighborhood in Queens vowed to derail a city plan to house the homeless at a Holiday Inn.

"We don't want the homeless shelter because of the safety of our children," said Nancy Jurgens, a Maspeth resident.

"There are three schools, one located directly around the corner from this facility," said Leslie Orlovsky, a Maspeth resident.

"Now we know why they raised our taxes, because Mayor de Blasio wanted this homeless shelter," said Joyce Franceschina, a Maspeth resident.

Last week, an angry crowd shouted down the city's human resources commissioner as he tried to explain the plan.

The Holiday Inn signs will come down and the building will house the first of 110 families, totaling no more than 220 people.

There will be no children under 18, and the city promises round the clock security, supervised by the NYPD.

It will also be the first shelter in Community Board 5, though there's another a mile and a half away.

Two miles away in nearby Elmhurst, a hotel became a family shelter last year.

"We're not against homeless people, we're just against where the shelter is," a resident said.

Community Board Member Michael Locascio says his neighborhood does have an obligation to house the homeless, and is committed to finding a better location.

But this, he insists, is not it, close to a park and with limited services.

"There's no transportation, there's no medical facilities to help them, there's no stores for them to shop in, it's not a good location," Locascio said. 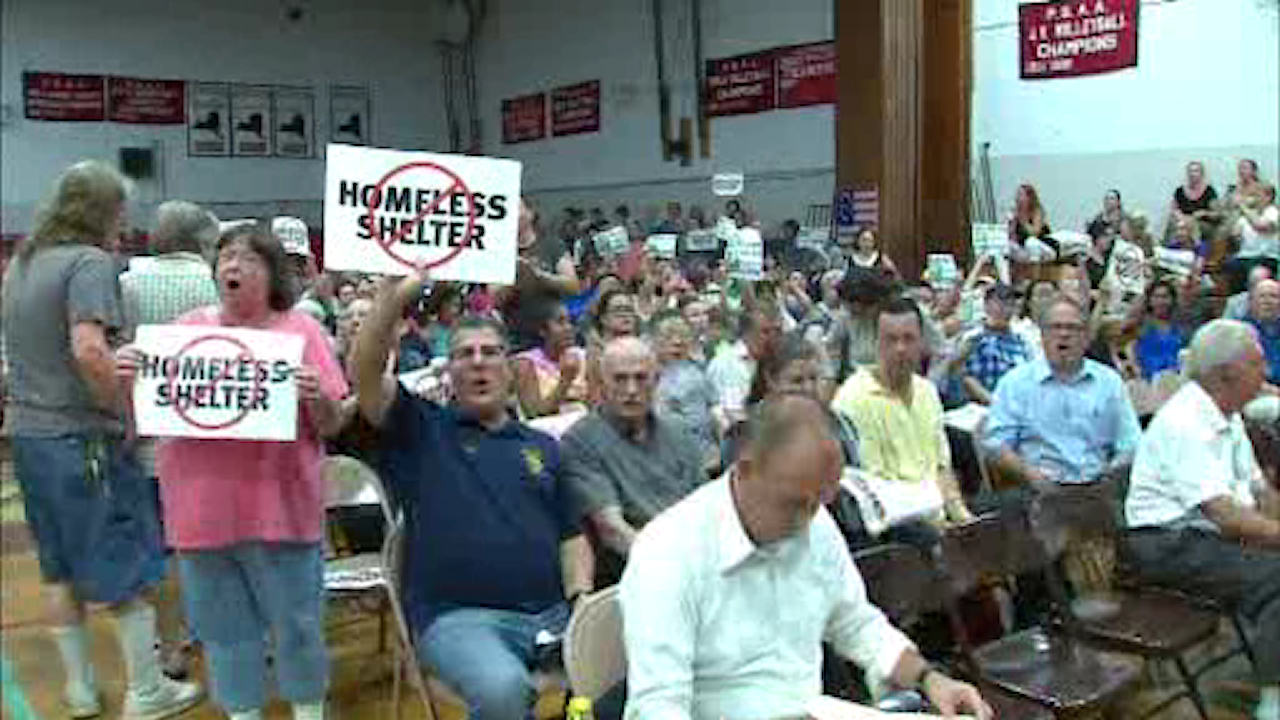