1 dead, 3 injured after shooting near massive mansion party in LA where many seen without masks 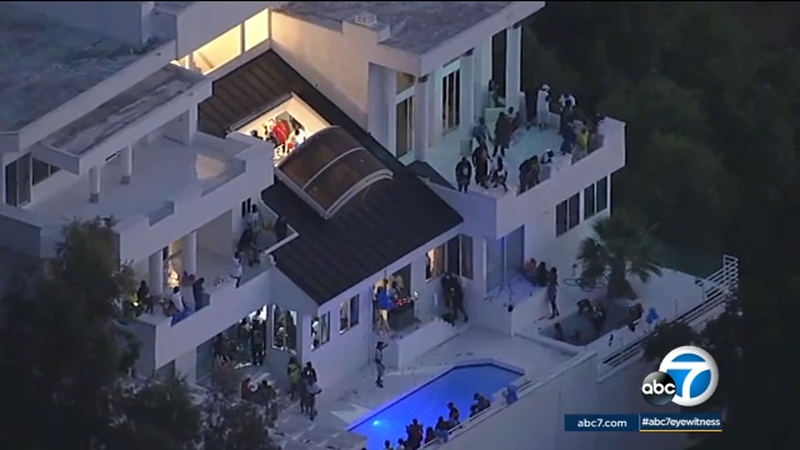 Hundreds seen at house party in LA, many without masks

LOS ANGELES -- One person was killed and three were injured after a shooting near a massive house party in Los Angeles where there was little social distancing and even fewer masks.

Just before 1 a.m. on Tuesday, crews responded to a reported shooting where three victims were found, according to the Los Angeles Fire Department.


One victim was in grave condition and later died. Two victims are in stable condition. All three were transported to a hospital, according to the Los Angeles Police Department.

The Los Angeles Police Department showed up at the mansion gates earlier on Monday evening but the huge party just kept on going.

A helicopter over the scene found several hundred people and several dozen cars in the long driveway.


There was a food truck in the driveway and a DJ by the swimming pool.

The LAPD told the ABC affiliate in Los Angeles there was nothing they could do earlier because the partygoers weren't breaking any laws, and they're not enforcing health code violations.