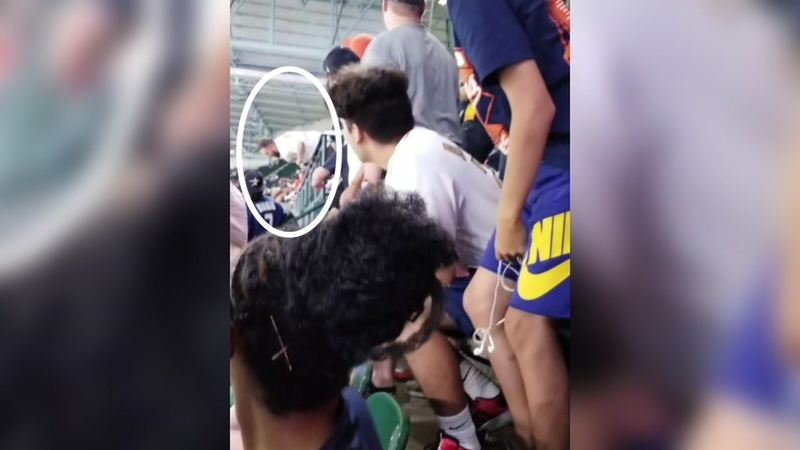 Fans flips over at Astros game

HOUSTON, Texas -- Sometimes, it might be better to just let those foul balls fly by when you're at Minute Maid Park.

A fan at the Astros game Tuesday night decided to do the opposite, turning to acrobatics in an attempt to reach a foul ball that came whizzing into the stands.

A viewer of sister station ABC13 in Houston shared video of the man who tumbled over the railing as he tried to catch the ball while it soared into the ceiling.

It's not clear if he initially stuck the landing after the fall, but a few seconds later in the video, you do see him on his feet.

He appeared to be okay.

Baseball fans are an adventurous bunch who seem to leave no stone unturned when it comes to catching baseballs.

Earlier this month, a San Diego Padres fan won the internet for catching a stray ball in her cup of beer. But wait, there's more.

She then chugged the beer that landed in her cup.
EMBED More News Videos

When a foul ball landed in a San Diego Padres fan's beer, she celebrated with a hearty chug.