Girl, 4, reunited with dad after being found in known human trafficker's home in Texas 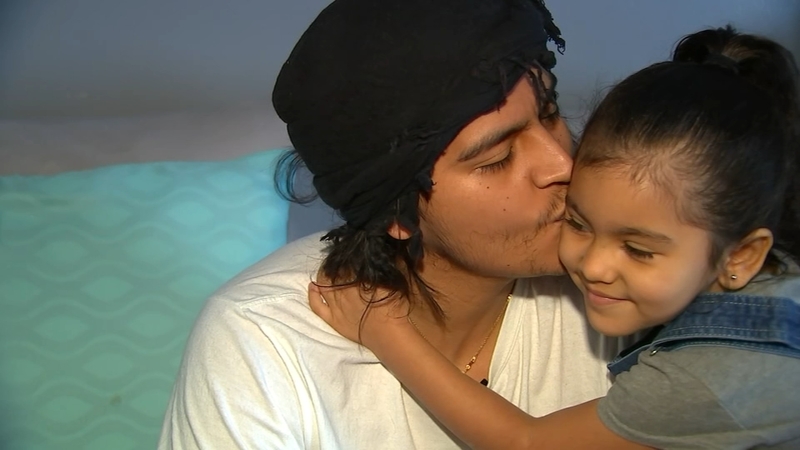 FAYETTEVILLE, North Carolina -- A 4-year-old girl found inside a known human trafficker's home in Texas has been reunited with her father and her mother is facing charges.

"She went from being in a home and not knowing anybody and being held in police custody," said Mario Recinos, Aubriana's dad.

For a little girl who went through so much, Aubriana had a huge smile, infectious laughter and lots of kisses for her dad.

"Just reassuring her that she has a loving home," Recinos said.

4 year old Aubriana Recinos is back home with her dad after she was taken by her mother and later found at a home associated with human trafficking. We hear from Aubrey’s dad all new at 4/5. #abc11 pic.twitter.com/23X8yS6XPZ

Twenty-one days and 20 sleepless nights; that's how long the 4-year-old had been gone. On July 8, police pleaded with the public for information after Aubriana and her mother, Carmen Lowe, mysteriously went missing.

But it wasn't until last Thursday that police announced the possibility of Aubriana being in danger. By Friday morning, FBI agents found Aubriana inside a human trafficker's home in Texas.

Aubriana's mother is being held in New Orleans where she faces prostitution and theft charges. She'll return to Fayetteville in September where she'll go before a judge on charges of violating custody orders.

"Someone who got addicted to drugs and from there things started changing," Recinos said.

Aubriana's rescue was the outcome that the family of Shaniya Davis so desperately prayed for. In 2009, the 5-year-old's mother sold her to Mario McNeill who's now on death row for Shaniya's rape and murder.

"Did I feel like we could've had a similar result? Absolutely. That was a big fear," Recinos said.

The Recinos family is thankful that Aubriana is home. From the outside, the 4-year-old is seemingly back to her playful self but Mario Recinos said she has a long way to go.

"We have to take her to therapy and get her back to normality process," he said.