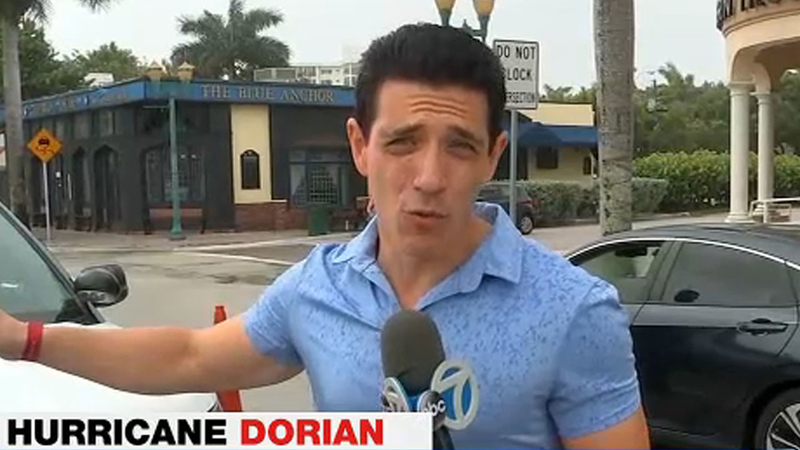 Residents in Southeast brace for impact of Hurricane Dorian

DELRAY BEACH, Florida (WABC) -- After battering the Bahamas, Hurricane Dorian began to pull away on Tuesday and make its way up the Southeast coast of the US, where residents were bracing for its impact.

Dorian was on track to approach the Florida coast, but the threat to the state eased significantly, with forecasters not expecting a direct hit after all. The forecast instead showed North Carolina in the crosshairs toward the end of the week.

As Labor Day weekend drew to a close, over 2 million people in Florida, Georgia and South Carolina were warned to evacuate for fear Dorian could bring life-threatening storm-surge flooding even if the hurricane's center stayed offshore, as forecast. Several large airports announced closings, and hundreds of flights were canceled.

Dorian unleashed massive flooding across the Bahamas, pummeling the islands with so much wind and water that authorities urged people to find floatation devices and grab hammers to break out of their attics if necessary. The storm slowed almost to a standstill for more than a day, leaving at least five people dead.

Dorian was also blamed for one death in Puerto Rico at the start of its path through the Caribbean.


While some counties in Florida were beginning to lift evacuation orders, Gov. Ron DeSantis urged residents to stay prepared for anything.

"It is going to be riding Florida's coast for the next day, day and a half," he said. "While we think this is a much better track than what we were looking at 72 hours ago, we just ask people to stay safe and remain vigilant.

On Wednesday, Dorian is forecast to be 40 to 50 miles off Florida, with hurricane-force wind speeds extending about 35 miles to the west.

"Pretty much all computer models and all forecasters anticipate this turning north," DeSantis said. "We just don't know when. Obviously we want to turn north as early as possible to minimize the impacts on Florida. But obviously it can impact the coast and turn once it impacts the coast, so we gotta prepare for that eventuality."

Meanwhile, interstate highways leading away from the beach in South Carolina and Georgia were turned into one-way evacuation routes. Several airports announced closings, and hundreds of flights were canceled. Walt Disney World in Orlando closed in the afternoon, and SeaWorld shut down.


In Folly Beach, South Carolina, many restaurants and shops wasted no time in boarding up, but some hurricane-hardened residents had yet to decide whether to heed the evacuation order.

"If it comes, it comes. You know, God always provides, y'all," Sammye Wooded said.

The Walt Disney Company has committed more than $1 million to assist with recovery efforts in the Bahamas.