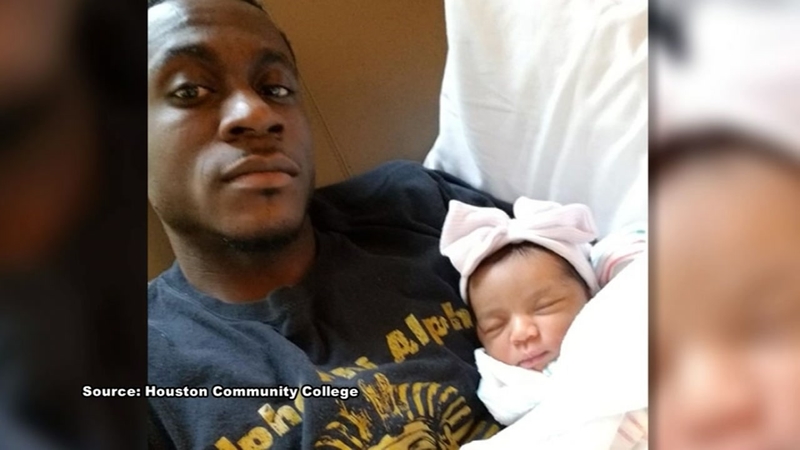 HOUSTON, Texas -- Proving that you can't plan nature, a Houston Community College employee is talking about the early birth of his newborn daughter that took place at the height of Harvey's devastation in the city.

According to HCC, IT department worker Sherman Harness and his wife were expecting to welcome their baby girl on Sept. 7.

However, on Aug. 29, Harness' wife began showing the first signs of labor inside the couple's home in the city's west side. Outside, Houston had been battered with already several days' worth of torrential rainfall that made neighborhoods impassable.

Harness wanted to drive his wife to the hospital, but the couple thought better.

"Since I have a sports utility vehicle, I intended to drive to the hospital but she convinced me not to do so," Harness recalled.

Instead of taking a chance on the streets, the couple called 911.

"Our vehicle would have been flooded. We would not have made it," Harness told HCC.

During that call to 911, an emergency dispatcher stayed on the line with the mother, guiding her through breathing. After 30 minutes, the couple received a surprise at their door - a dump truck driver sent by dispatchers to help them.

The couple boarded the truck for Houston Methodist West Hospital, where Eden Jasmine Harness was born.

Despite the tragedy of life and property loss all over the city, Sherman said they felt comforted by the rescue.