Multiple fatalities after 50-car pileup on I-78 in Pennsylvania 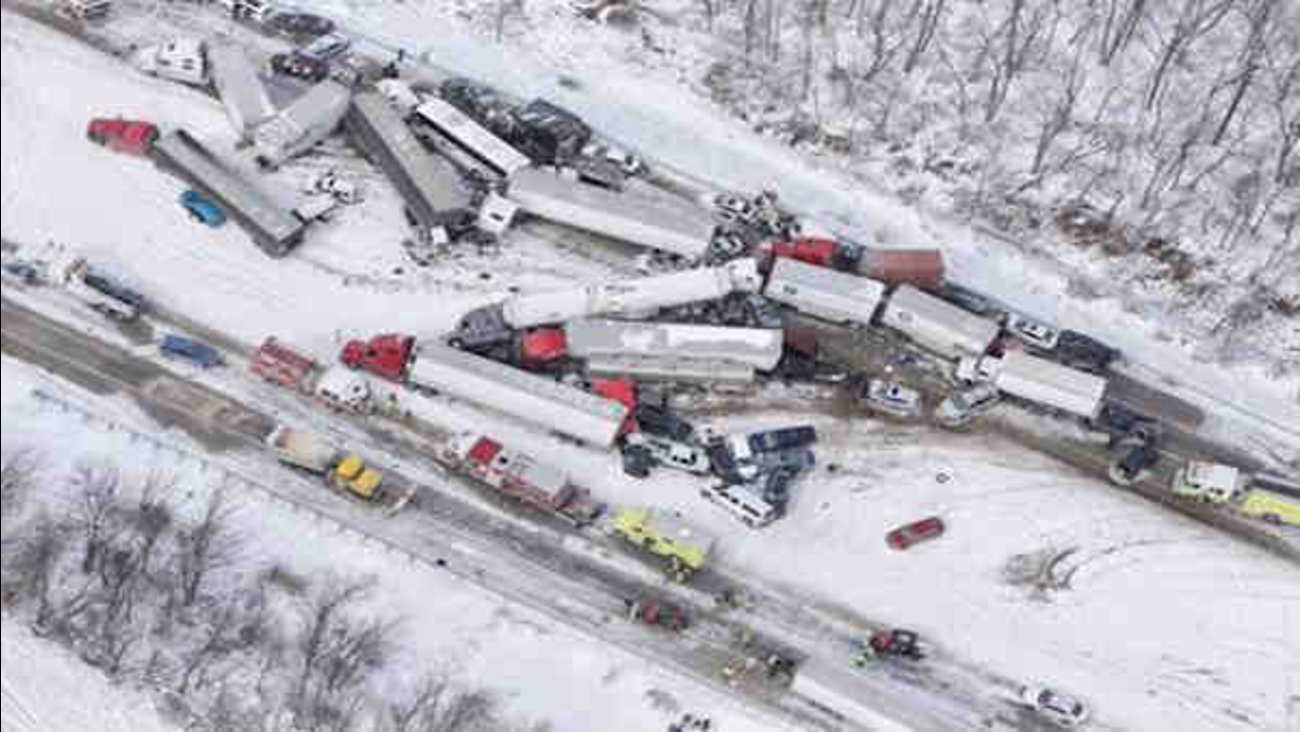 FREDERICKSBURG, Pa. -- A deadly pileup involving dozens of vehicles on a Pennsylvania interstate sent more than 40 people to hospitals and more than 70 others to an emergency shelter set up to keep them out of the cold, authorities said Saturday.

State police said more than 50 vehicles were involved in the crash, which happened around 9:45 a.m. The pileup left tractor-trailers, box trucks and cars tangled together across three lanes of traffic and into the snow-covered median about 75 miles northwest of Philadelphia.

Megan Manlove of Penn State Hershey Medical Center said 10 patients had been brought in from the crash, three in critical condition, three with moderate to severe injuries and four with minor injuries.

Angell said officials at the scene were trying to turn the vehicles involved in the crash around one at a time. He said an emergency operation center was activated and a special response team was at Fort Indiantown Gap to deliver stockpiled supplies such as food and water if they are needed.

Angell said drifting snow had been reported in the area and officials are investigating whether that may have had something to do with the crash.

"You could be driving down the interstate and all of a sudden conditions change because the winds are drifting the snow," he said.

Angell said drivers are urged to use caution due to blowing snow and extremely cold temperatures.