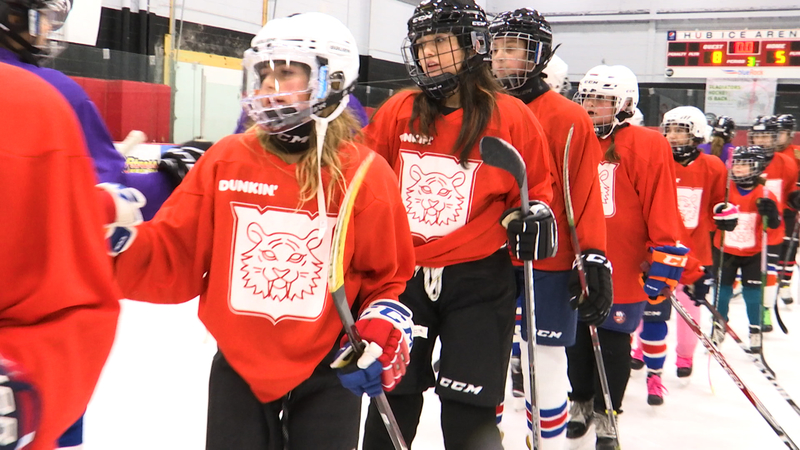 SYOSSET, New York -- These winter girls will finally get a chance to hit the ice and score some goals with the Junior Rangers League.

The new league, led by an all-female staff, is designed to encourage participation in the sport with a focus on increasing access and visibility while developing important life skills.

The league is designed to offer families more convenience and less of a travel commitment to help more girls get in the game.

Each week consists of a 1-hour skills session, led by an NYR Girls Hockey Program Instructor, and 1-hour of games, playing the teams in your region. Upstate New York, New Jersey, New York City, Connecticut, and Long Island break down the regions.

"This is the opportunity I wish I had as a kid," said Coach Kathy Griswold. "I told them before our first game that they are not only playing hockey, but they're giving the opportunity to other girls."

The program will run for 20 consecutive weeks at 13 community ice rinks across the Tri-State Area. The schedule will include a game and a skills session each week and conclude with a league-wide jamboree at the end of the season.

"I love watching my daughter play hockey and I'm proud of her for giving it a shot," said parent Seth Romanick. "She definitely got a little bit of a hard time about it from some of her relatives, but she believed in herself and wanted to do it, so she stuck with it and she's enjoying it."