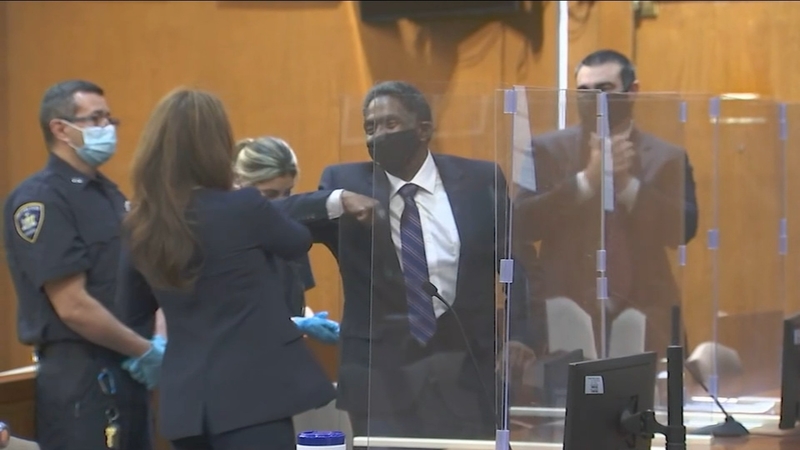 Man exonerated from murder after spending 25 years in prison

QUEENS, New York (WABC) -- A man who spent a quarter century in prison after being wrongly convicted of murder was freed on Thursday.

Jaythan Kendrick had been waiting 25 years for his murder conviction to be vacated.

Moments after that decision, Kendrick walked out of the courthouse a free man and smiling behind his mask with supporters at his side.

The little owl has since been appropriately renamed Rockefeller as it receives the TLC needed to recover.

"I'm very ecstatic, to be back here because Queens is my home, I'm happy to be free," Kendrick said.

This moment however, took years, with the help of attorneys, the Innocence Project and most of all, his cousin, who never left Kendrick's side.

The 62-year-old was once a mailman in Midtown. He always maintained his innocence for a crime that happened 26 years ago this November.

An elderly woman was stabbed during a purse robbery at the Ravenwood houses in Long Island City.

Investigators honed in on a black purse in Kendrick's apartment.

At the time, no DNA testing was done on it nor on Kendrick, then years later, the lack of DNA revealed it did not belong to the victim, rather Kendrick's roommate.

The 14 men charged in a plot to kidnap Michigan Governor Gretchen Whitmer had far more violent plans than just a kidnapping according to federal and state authorities.

Kendrick understandably was upset with the prosecutor at the time.

"He knew I was innocent and he did this to move up the ladder," he said.

New witnesses were also presented. Lawyers say the only witness 25 year ago, was a 10-year-old who generically labelled Kendrick as the suspect.

"I want to thank him after 25 years for coming forward and telling the truth because he didn't have to do that, he could've stayed with that he said," Kendrick said.

So many people are now in his corner, to do the right thing and to allow this man to start a life all over again.

"26 years ago I got arrested, so I guess I'm looking forward to turkey now," Kendrick said.