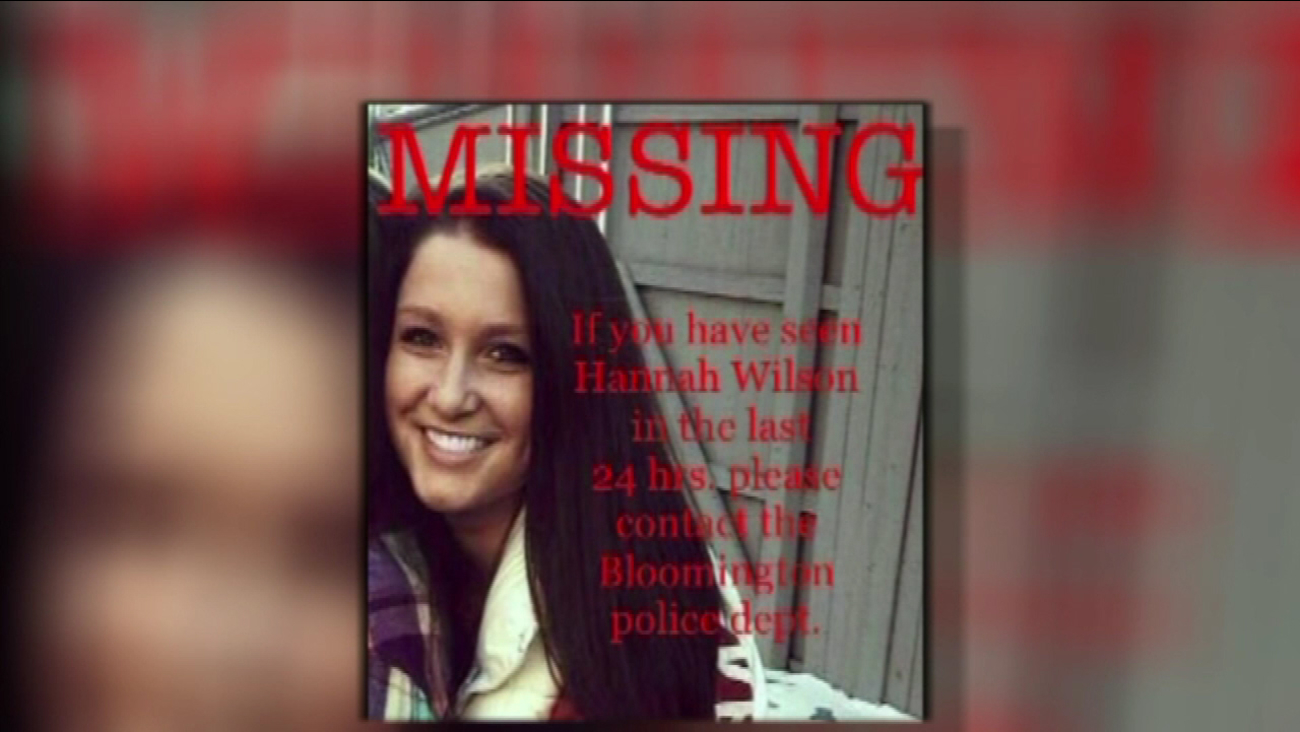 NASHVILLE, Ind. -- An Indiana man with a history of violence against women had claw marks on his arms, and police found blood and hair in his vehicle after discovering his cellphone next to the body of an Indiana University senior, according to court documents released Monday.

Daniel E. Messel, 49, of Bloomington was formally charged with murder Monday in the death of Hannah Wilson, 22. Brown Circuit Judge Judith Stewart ordered him held without bond and appointed a public defender to represent him.

Wilson's body was found around 8:30 a.m. Friday in rural Brown County, about 10 miles from the campus. An autopsy showed she had been struck in the head about four times and that the back of her skull had been crushed.

The probable cause affidavit says Wilson had been drinking with friends at a Bloomington hotel late Thursday before her disappearance. The group decided to go to Kilroy's Sports Bar, but Wilson's friends decided she was too intoxicated to go into the bar with them.

Her friends told police Wilson got into a taxi alone around 1 a.m. Friday. They said they heard her give the driver her address.

Police said they traced a cellphone found near Wilson's feet to Messel. After learning he hadn't shown up for work, they went to his home, where Messel's father told police his son hadn't returned from playing trivia at a local bar the night before.

Police obtained a search warrant and returned to Messel's home later that day, where they found Messel carrying a plastic garbage bag that contained clothing. The documents said Messel had what appeared to be claw marks on his forearms.

Police found blood spatter on the driver's side of Messel's sport-utility vehicle and saw blood and a clump of long black hair on the console, the documents said.

Messel was being held in the Brown County jail in Nashville. It wasn't clear whether he had an attorney.

The Herald-Times reported that Messel has had several prior arrests for violence against women, including one more than 20 years ago in which a girlfriend told police he battered her and confined her to an apartment. Messel also was arrested on allegations that he beat his grandmother and broke bones in her face, and he later was arrested for felony domestic battery, the newspaper reported. He was sentenced to prison in 1996 for battery and was on probation for six years after his release in 1999.

Wilson's death comes nearly four years after another IU student, Lauren Spierer, vanished after a night out with friends in the college town. The 20-year-old Greenburgh, New York, woman was last seen on June 3, 2011. She has not been found, and no criminal charges have been filed in her disappearance.

Bloomington Police Capt. Joe Qualters said his department would confer with Indiana State Police detectives to determine whether any similarities might exist in the Wilson and Spierer cases.