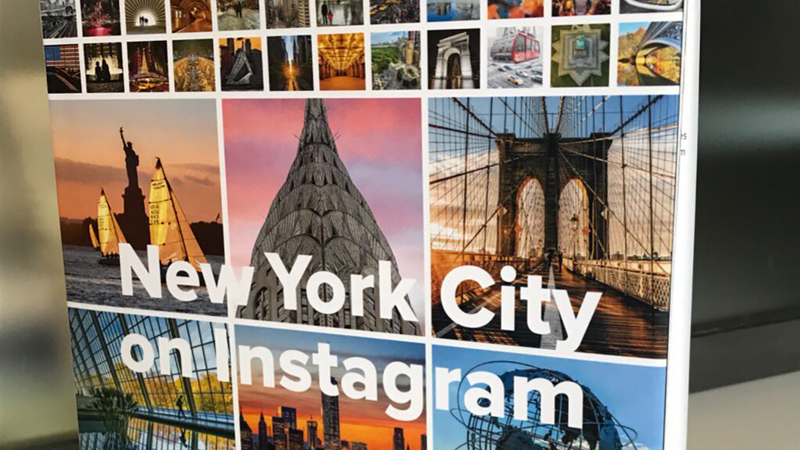 NEW YORK (WABC) -- Instagram has released its list of the "Most Instagrammed Cities of the Year," and New York City ranks number one for 2017. Now, a new book is collecting some of the best shots in a single volume.

"We're out there in every kind of weather, in every location all over the city," photographer Don Doherty said.

New media and old meet within the pages of Rizzoli's "New York City on Instagram," which takes some of the best images online and preserves the photos in a hardbound book.

"Making an event that would seem like it would be an every day occurrence seem like a magical moment," Seibert said.

The city comes alive for visitors and residents alike, thanks to photographers such as Doherty, Seibert and Kelly Kopp.

" I just think it shows the love we all feel for the city," Kopp said.
Their love is reflected in the new book edited by Dan Kurtzman, who also contributed his own photos to the volume.

"It's an amazing thing to see these images in printed form, where previously many of us have just seen them on our phones," he said.

The photographers are all part of a vibrant community on Instagram.

"People see each other's work," Kurtzman said. "They meet other photographers. They're inspired by each other, and that has the effect of making everybody better."

Some are professionals, but others -- like Jamie Huenefeld -- are gifted amateurs.

"It's a challenge, but that is what makes it so much fun," she said. "It's the ability to do something different."

New twists on old scenes are found throughout the book, which was clearly put together to honor a social medium that has revolutionized photography by making it more accessible.