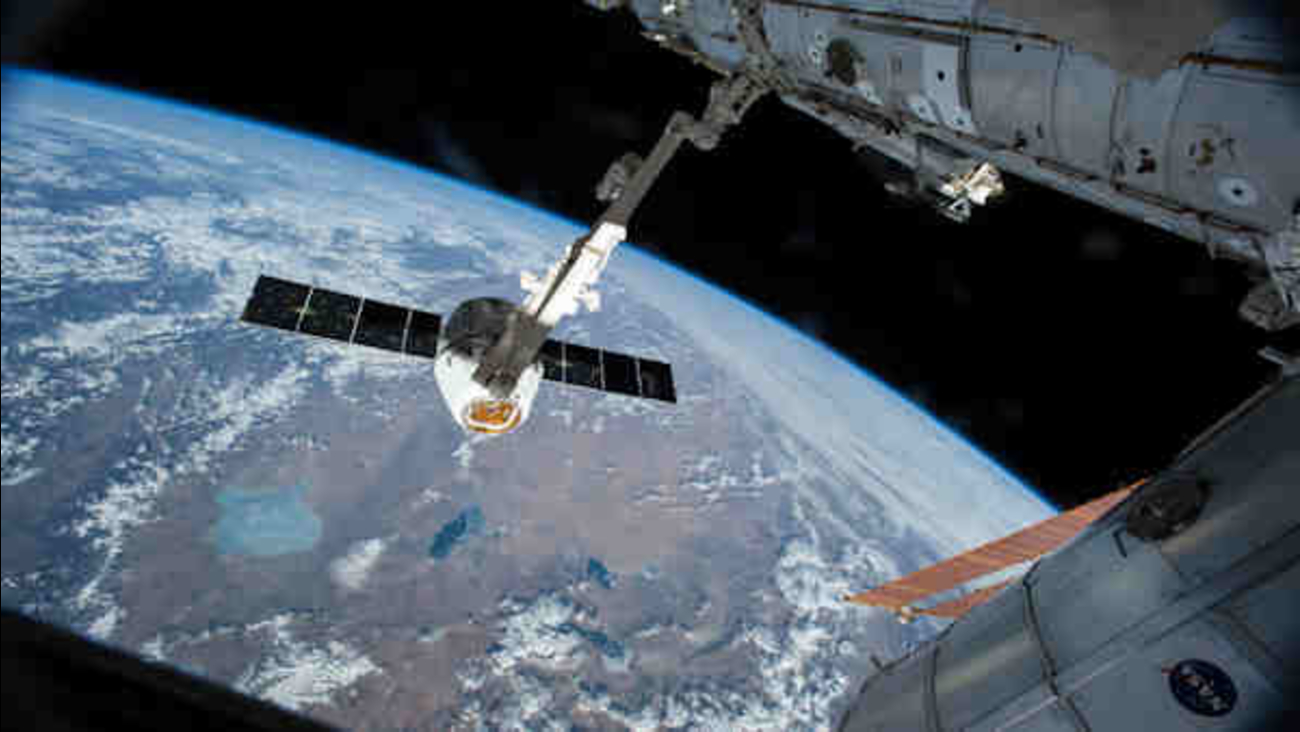 CAPE CANAVERAL, Fla. -- The crew of the International Space Station says a Russian supply ship that went into an uncontrollable spin after launch has been declared a total loss.

American astronaut Scott Kelly and Russian cosmonaut Mikhail Kornienko told The Associated Press on Wednesday that flight controllers have given up trying to command the cargo carrier.

The unmanned vessel began tumbling shortly after its launch Tuesday from Kazakhstan.

Kelly says the vehicle will fall out of orbit and re-enter the atmosphere sometime soon. He's not sure exactly when.