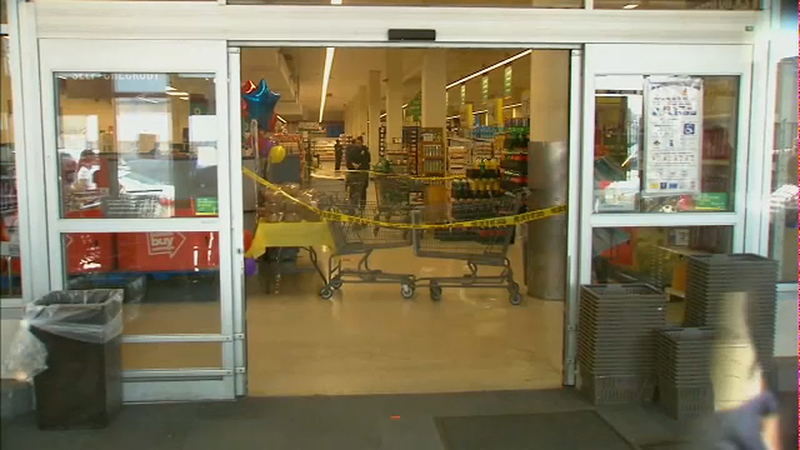 Investigation into death of alleged shoplifer

FLATBUSH, Brooklyn (WABC) -- Police in Brooklyn are investigating after an alleged shoplifter died inside of a grocery store following an altercation with store employees.

Authorities are waiting for the medical examiner to determine a cause of death in the case.

Authorities were dispatched to a Stop & Shop on the 1000 block of Flatbush Avenue in Flatbush after receiving a call about a shoplifter.

Police said the alleged shoplifter, a 51-year-old man, was confronted at the entrance to the store. He became involved in a struggle with store employees and became unresponsive.

Witnesses said at least three store employees held him to the ground and he was pleading for them to stop.

"They had a knee on his neck, they was really wrestling him down," said one witness. "And he said 'I can't breathe' numerous times."

When emergency responders arrived on scene, they discovered the man in cardiac arrest.

A police officer tried to administer CPR, but it was too late.

The man was transported to Kings County Hospital where he was pronounced dead. He has been identified as Ralph Nimmons of Brooklyn.

Police continue to investigate and are looking at surveillance video from the store.

"There was an incident at our Stop & Shop Flatbush Avenue store this morning involving a suspected shoplifter. New York City Police officers were immediately called to the store. We are working closely with the New York City Police Department to help them determine the facts and to provide any information we have to assist in their investigation."