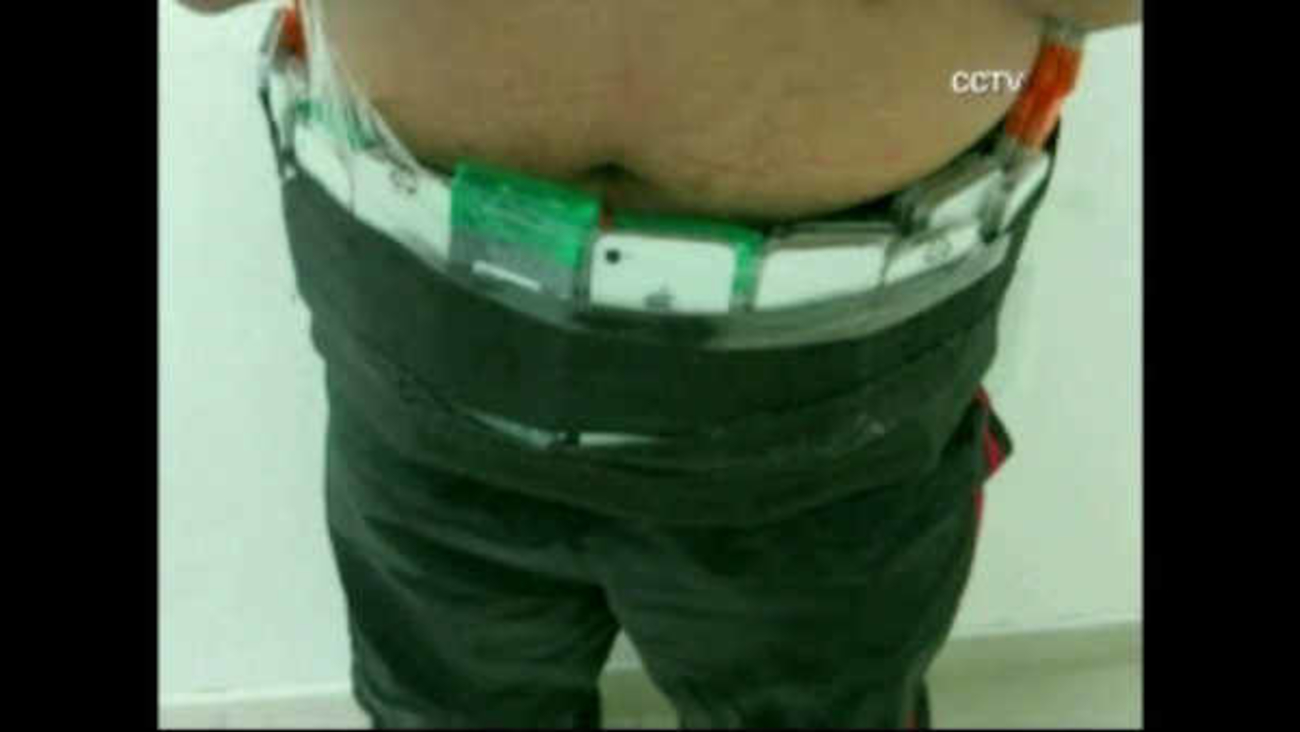 CHINA (WABC) -- A man has set a new record for largest number of iPhones attempted to be smuggled into the Chinese mainland after being caught with 146 of the devices strapped to his body, CNN reports.

The man was caught by customs authorities in Luohu at a border cross in Shenzhen City, a south China province on March 6. Customs officers said they noticed the the man walking suspiciously and carrying only one small bag in his shoulder.

"He walked at a really slow pace with a strangely stiffened back," an officer told CNN.

Officers asked the man to go through a metal scanner, which kept beeping as he passed.

"The man explained it was the metal accessories he wore on his body," the officer said to CNN. "But we didn't believe him."

The man was searched in a private room, 126 iPhones were found strapped around his waist and 20 more on his legs, officers said.

According to CNN, the man said he bought the iPhones in Hong Kong and planned to sell them in Shenzhen for profit.