Police: Man beaten in the Bronx by suspects who yelled about ISIS 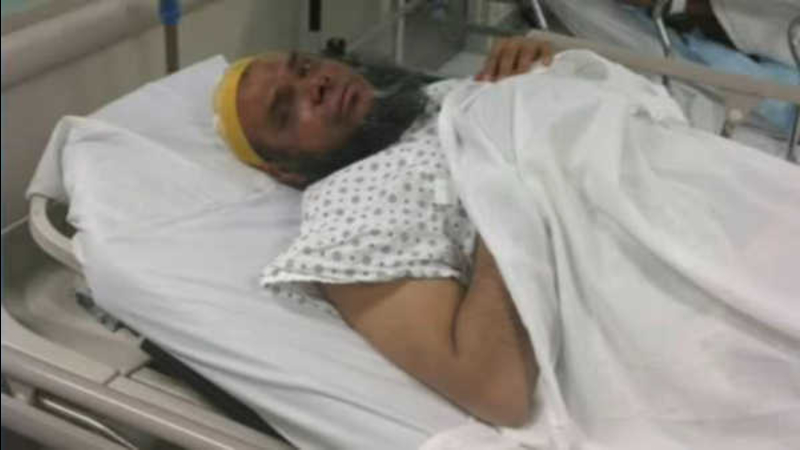 Man beaten in the Bronx by suspects who yelled about ISIS

SOUNDVIEW, Bronx (WABC) -- A man in the Bronx was suddenly attacked when he was walking his 9-year-old niece home from school.

The victim, 43-year-old Mujibur Rahman from Bangladesh says the suspects yelled about ISIS during the assault Friday evening in Soundview.

Rahman ended up in the hospital with a possible broken rib, cuts, swelling and bruises on his head, face and arm. The father of three told Eyewitness News through a translator what he believes sparked the frightening attack.

"I believe as a Muslim they hate us, they hate me, and that's why," says Rahman.

On Friday around 5:30 p.m., Rahman was wearing traditional clothing - a punjabi and tupi. He had come to PS 119 to pick up his niece from school. As he walked out of the gate, hand-in-hand with the young girl, he says two young men wearing ski masks came up behind him, and started kicking and punching him, all the time yelling about one thing - the words 'ISIS' and 'Muslim'.

Rahman tells Eyewitness News he will never forget the attack, and neither will his niece - she witnessed the beating that left her uncle badly injured, and at one point unconscious on the sidealk.

The suspects took off without taking a single thing from Rahman. Despite what happens, he tells Eyewitness News that he will not change what he wears, or where he goes.

"To be attacked this way, to attack someone because of their faith is something we cannot tolerate in this community," says Assemblyman Luis Sepulveda.

No arrests have currently been made.