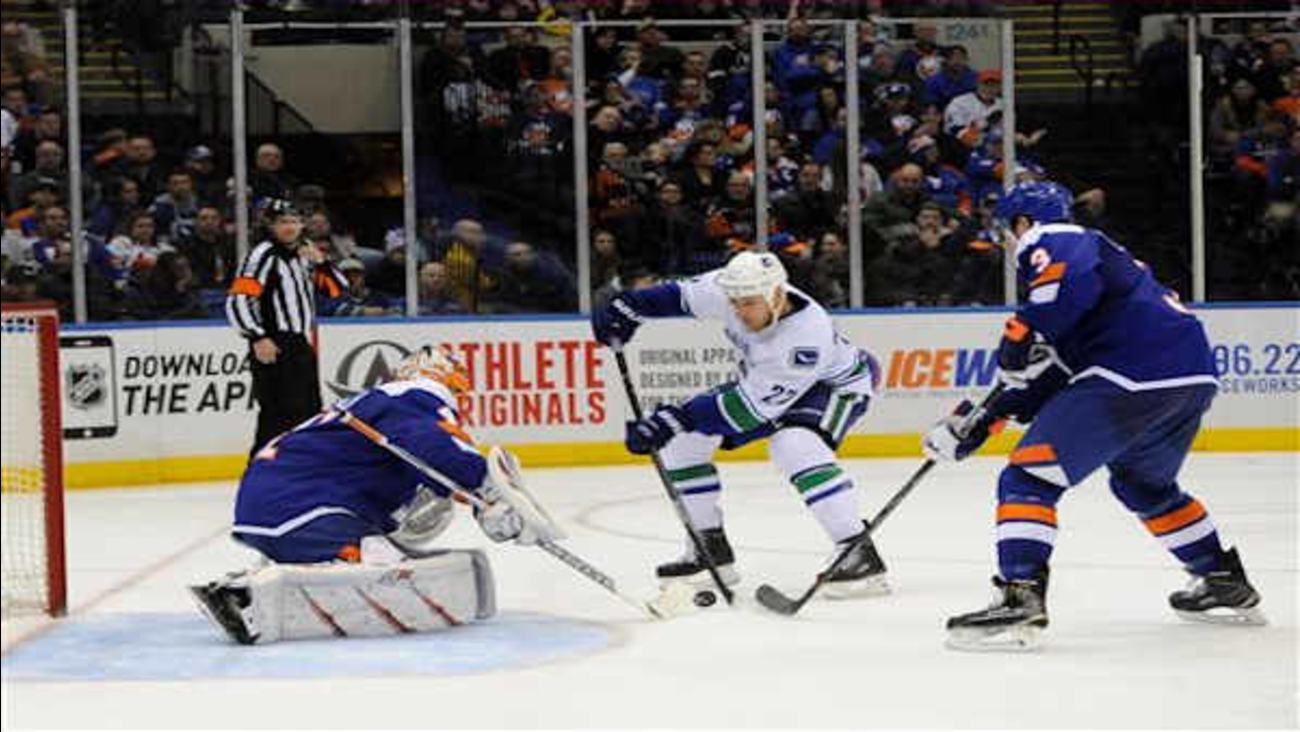 But Lack's 27 saves in relief proved to be exactly what the Vancouver Canucks needed on Sunday night.

Lack was perfect after Miller went down with an apparent leg injury early in the second period and the Canucks blanked the New York Islanders 4-0 to keep pace in the tight Western Conference playoff race.

"I know you have to prepare for anything to happen," said Lack, who replaced Miller at 1:11 of the middle period. "When he went down, I just had to go in there and play my game."

The 34-year-old Miller won his 28th game - since the Canucks were ahead 1-0 when he was injured. Miller left after he was run into by teammate Jannik Hansen in the crease. Miller, who made 10 saves, stayed down and was in pain after the collision and appeared to flex his right leg as he left the ice.

"That was a big game to help us believe what we're trying to do as a team," said Canucks coach Willie Desjardins, who offered no update on Miller's condition. "We battled and Lack made some unreal saves."

Vancouver opened its five-game trip with a shootout win over the Rangers on Thursday followed by a 4-2 loss at New Jersey on Friday. The Canucks continue with visits to Boston and Buffalo, where Miller played 11 seasons for Buffalo before he was traded to St. Louis late last season.

Kassian opened the scoring for the Canucks on the power play 28 seconds into the second period with his eighth of the season and third goal in two games.

The puck hit the post behind Islanders goaltender Jaroslav Halak before bouncing off him and into the net.

Vrbata made it 2-0 on the man advantage at 9:53, his team-leading 22nd goal for the Canucks. The goal was assisted by brothers Henrik and Daniel Sedin.

Henrik Sedin, who leads the team with 54 points including 42 assists, has 14 points in his past 11 games against the Islanders.

"We played well, the way we can, even with the injuries we have," he said. "It's just a matter of scoring when you have chances. We earned the win against one of the best teams in the league."

A first-round pick by the Canucks in 2013, the 19-year-old Horvat has 10 points in his past 13 games. Weber scored an empty-net goal with 10.2 seconds remaining.

Lack stopped eight shots in the balance of the second and 19 more in the third.

"Lots of guys stepped up, blocking shots in front of me. It was a great team effort," Lack said. "We were playing a really, really good team and the boys did a great job."

Vancouver also improved to 12-2-0 against Metropolitan Division opponents, including a 3-2 home win over the Islanders on Jan. 6.

The Islanders lost their second straight this weekend following a 3-2 shootout loss at Washington on Saturday.

They still lead the Metropolitan Division with 80 points and are 21-8-0 at Nassau Coliseum this season. They have three more games this week against Arizona, Calgary and Carolina.

"They played a very good road game and we had some bad luck with pucks going into our net without finding ways to score," Islanders defenseman Thomas Hickey said. "We have to be better in the next three games."

New York had been shut out only one other time this season, a 5-0 loss at Colorado on Oct. 30.

Halak, who made 20 saves, remains one victory shy of setting an Islanders record for wins in a season. He's tied with Billy Smith, Chris Osgood and Rick DiPietro at 32.