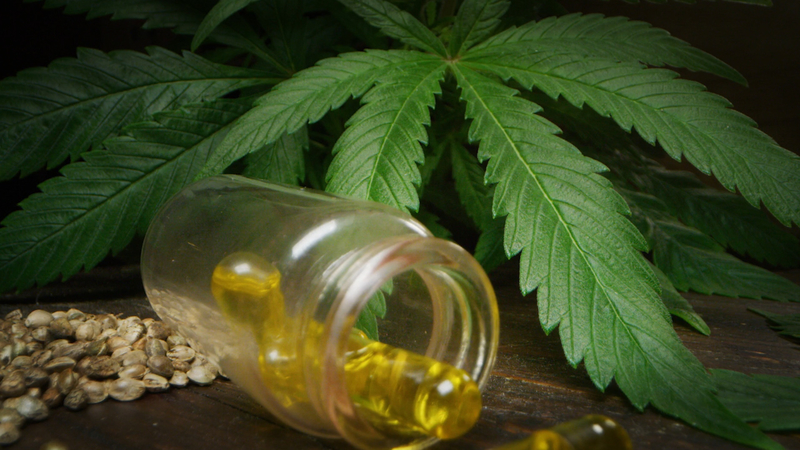 The bill, called "Jake Honig Compassionate Use Medical Marijuana Act," is named after 7-year-old Jake Honig, of Howell, who passed away on January 21, 2018, after a battle with brain cancer.

"Today's legislation creates a medical marijuana program that is modernized, compassionate, progressive, and meets the needs of patients," Murphy said. "I am proud to stand with my legislative partners as we break down barriers to ensure this life-changing medical treatment is affordable and accessible for those who need it most.""

In the last few months of Honig's battle, his family said the one thing that eased the symptoms was medical marijuana.

But with medical marijuana patients allowed just 2 ounces of the plant per month, the relief was short-lived.

When they ran out, Jake was forced to take morphine and OxyContin to ease his pain.

That led to "Jake's Law," which expands access to medical marijuana for terminally ill patients.

The Democrat-led Legislature sent Murphy the bill after failing in March to legalize recreational marijuana.

Murphy has already taken executive action to double the number marijuana dispensaries from six to 12.

The bill makes a number of changes:

--Raising the monthly limit from two ounces to three ounces: Currently, medical marijuana patients are limited to receiving two ounces in a 30-day period. The bill raises the limit to three ounces for 18 months, and after that time elapses, the maximum amount will be determined by regulation. Additionally, terminally ill and hospice care patients will not be subject to any monthly limit, effective immediately.

--Extending the authorization period from 90 days to one year: Currently, patients can only be authorized by a physician to receive up to a 90-day supply and must be re-certified every three months. The bill changes this requirement and authorizes health care practitioners to issue up to a one-year supply, which will help reduce the frequency of these visits and decrease costs for patients.

--Edibles for adults in addition to minors: Under the prior law, edibles were only authorized for patients who are minors. This bill allows edibles to be dispensed to adult patients as well.

--Employment protections for patients: The bill prohibits employers from taking adverse employment actions against employees solely based on their status as medical marijuana patients. The bill clarifies that nothing in the law requires employers to allow the consumption of medical marijuana during work hours or do anything that could result in the loss of federal funding.

--Price lists for dispensaries: Dispensaries will be required to post on their websites a price list that applies to all medical marijuana products and cannot deviate from those prices. These price lists cannot be revised more than once a month. Transparency around pricing will promote competition and help lower prices for patients.

--Home delivery: The bill authorizes the adoption of regulations to enable dispensaries to deliver medical marijuana to patients, which will improve patient access.

--Creation of a Cannabis Regulatory Commission: The bill creates a Cannabis Regulatory Commission in but not of the Department of the Treasury to assume responsibility over the medical marijuana program. The Commission consists of five members appointed by the Governor, with one each upon the recommendation of the Senate President and the Speaker. The initial three appointments made solely by the Governor are direct appointments serving terms of three, four, and five years, and subsequently are subject to advice and consent.