1 arrested after police-involved shooting in Jamaica 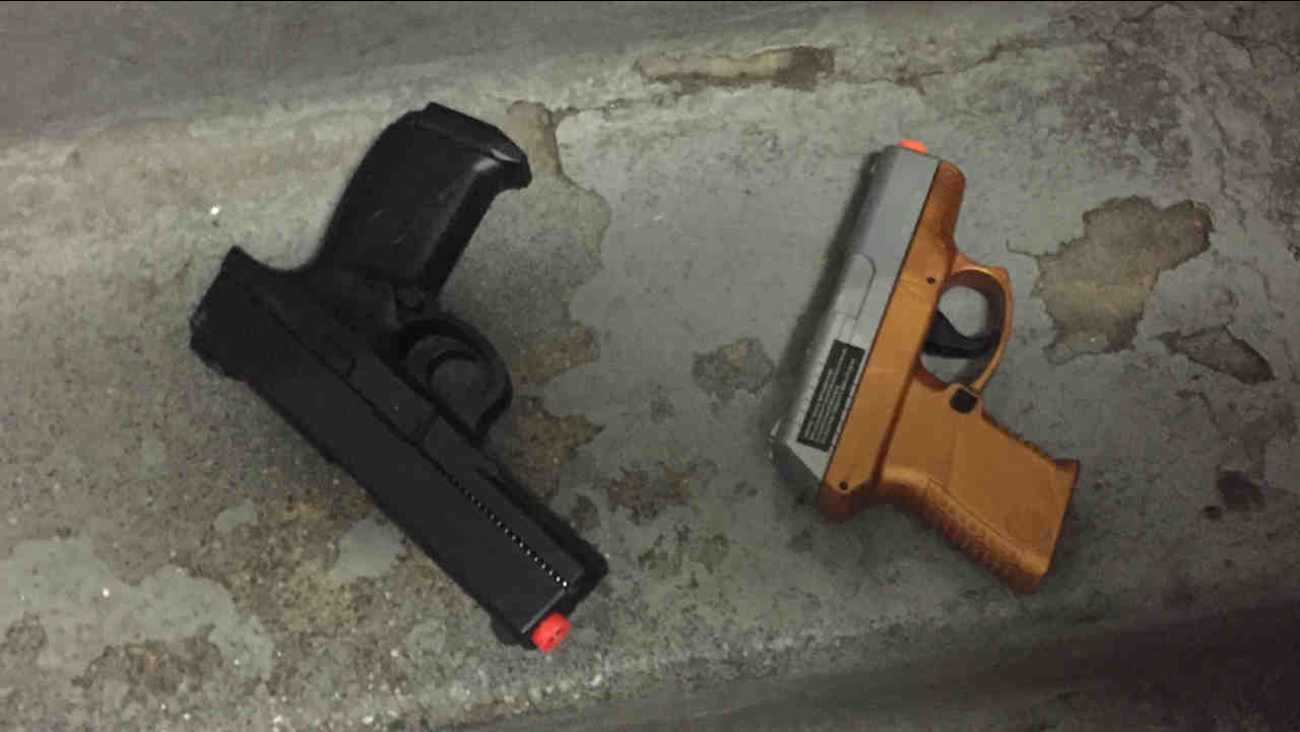 Two of three men had imitation guns with them during a police-involved shooting. (NYPD)

JAMAICA, Queens (WABC) -- Two men are still being sought after police fired a shot at a group of men with two imitation firearms in a city-run apartment building in Jamaica.

Police said around 8 p.m. Wednesday, police responded to a call about a fight and drug use at a building on 159th Street.

Three men, two holding the imitation guns, were in a second-floor stairwell.

The officers drew their guns and ordered the men not to move. When at least one of the men with the toy gun turned toward the officers, and a police sergeant fired one shot. No one was hit.

One of the suspects was arrested. The other two ran away.