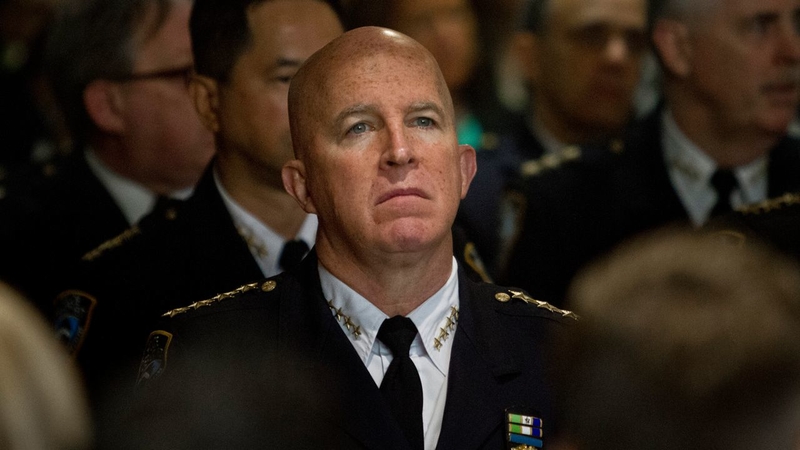 NEW YORK (WABC) -- Following the news of NYPD Commissioner Bill Bratton's resignation Tuesday, it was quickly announced that James O'Neill will succeed Bratton as the city's top cop. So who is O'Neill?

As Chief of Department, O'Neill was NYPD's top uniformed officer.

Here's a timeline of his career as a police officer:

PERSONAL LIFE
O'Neill was born and raised in East Flatbush, Brooklyn. His mom was at city hall for the announcement of his promotion to chief, and he mentioned her during his time at the podium.

"She taught me the ideals of what good cops should aspire to," O'Neill said.

EDUCATION
O'Neill holds a Bachelor of Arts degree in government and a Master of Public Administration degree from John Jay College.