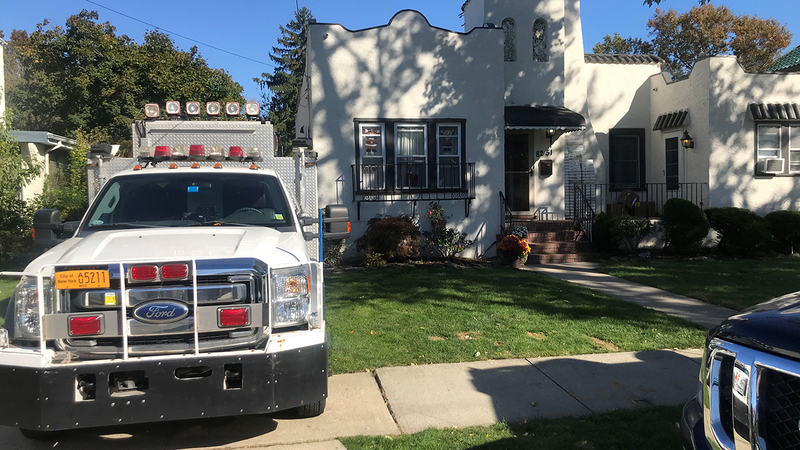 QUEENS VILLAGE, New York City (WABC) -- A former arm wrestling world champion and his mother are facing charges after police say they were selling a bogus cancer cure dubbed "Apricots from God" on the internet.

Authorities say 51-year-old Jason Vale was charged with selling apricot seeds as a cure for cancer on his website of the same name.

He and his mother allegedly promoted them as being "the answer to cancer."

Officials say that when federal law enforcement officers arrived at his mother's home on 234th Street in Queens Village Wednesday morning, they instead found drums of liquid determined to be hazardous materials.

The city's Department of Environmental Protection was called to remove the dangerous substance from the house.

Vale, a former arm wrestling world champion and self-described entrepreneur who was previously arrested for selling the allegedly fake cancer cure, was taken to the hospital for treatment following his arrest.

His mother was identified as Barbara Vale, and she and her son allegedly made $850,000 between January of 2013 and last month.

Jason Vale was convicted of a similar scam in 2003.

Jason Vale did not appear in Brooklyn Federal Court for an initial appearance. He was contacted at his hospital bedside by the judge who advised him of his rights and the conditions of his $100,000 bond.