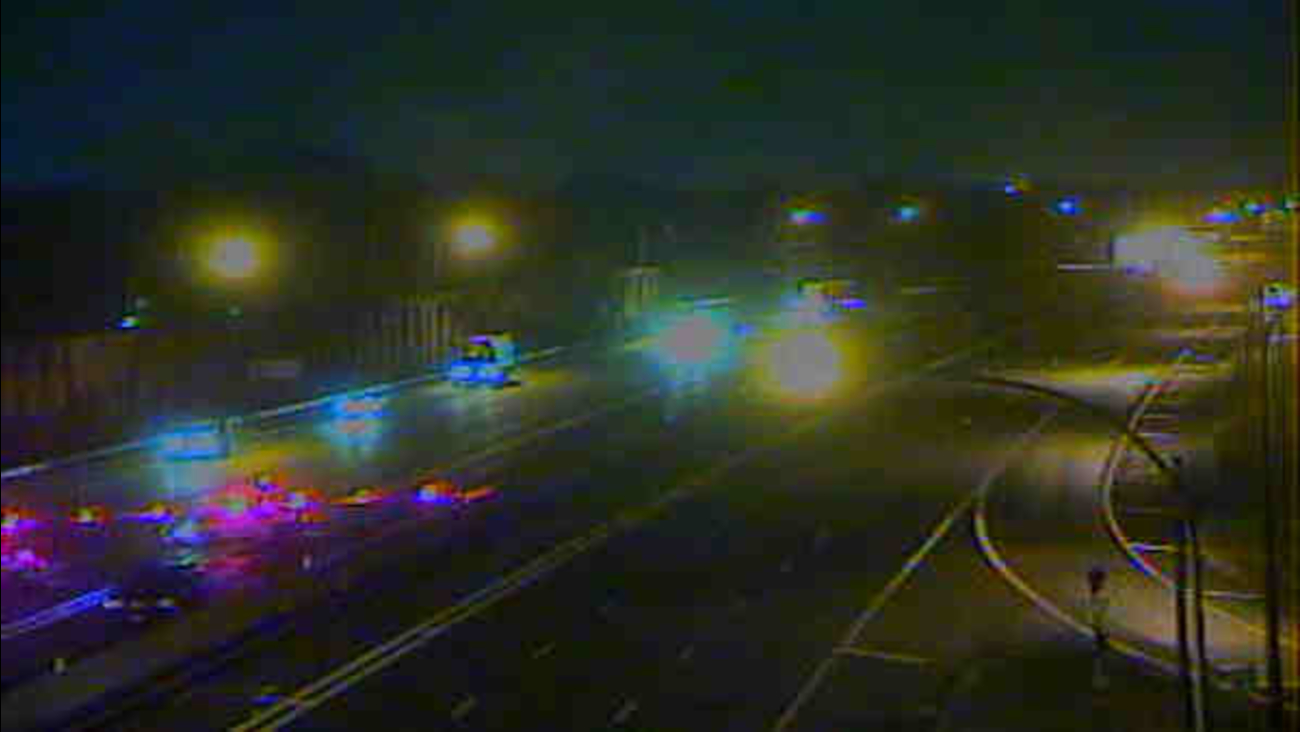 According to Nassau County police, the pedestrian had gotten out of his Toyota Camry to tie up his bumper after crashing into the median near exit 40, just after 2 a.m., and was struck by a passing SUV.

Another vehicle then struck the man, dragging him for an unknown distance.

The pedestrian was pronounced dead at the scene, and the 34-year-old driver of the second vehicle that hit him is being held by police on suspicion of drunk driving.

The other driver remained on the scene and no charges have been filed.

The eastbound lanes were closed until about 8:15 a.m. for the investigation.