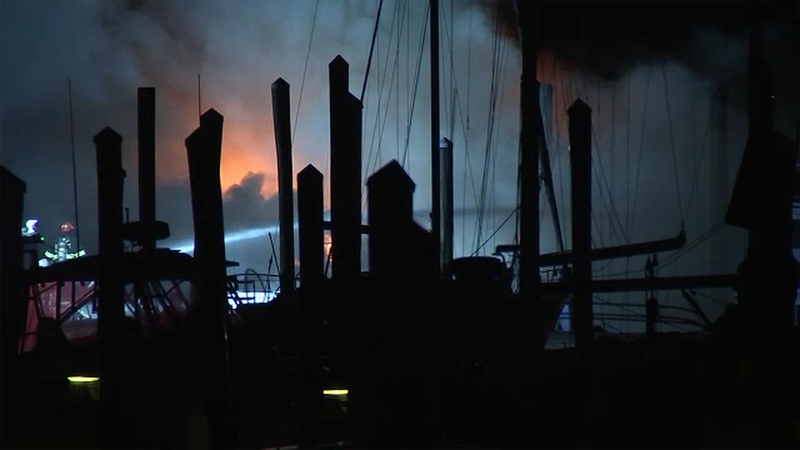 It happened around 1 a.m. at the Seaview Harbor Marina, where both boats sank into roughly 8 feet of water.

They continued to burn even after being submerged.

In the parking lot, dozens of emergency response vehicles stood ready as firefighters battled the flames.

Coast Guard officials said the boats were about 50 to 60 feet long, and each of them carried 1,000 gallons of fuel that became a concern for first responders.

That fuel did leak into the water, and crews blanketed it in foam to keep the fire from reigniting.

The Coast Guard said it will also have a pollution response team respond to the scene and that the marina owners and boat owners will ultimately be responsible for covering the cost of the cleanup.

Investigators have not determined a cause of the fire.

Local fire officials will partner with the Coast Guard for the investigation.

The Longport Fire Department received help from several agencies including Egg Harbor Township, Margate and the National Guard, which brought a foam truck to the scene.