3 rescued after fishing boat runs aground at Jersey Shore 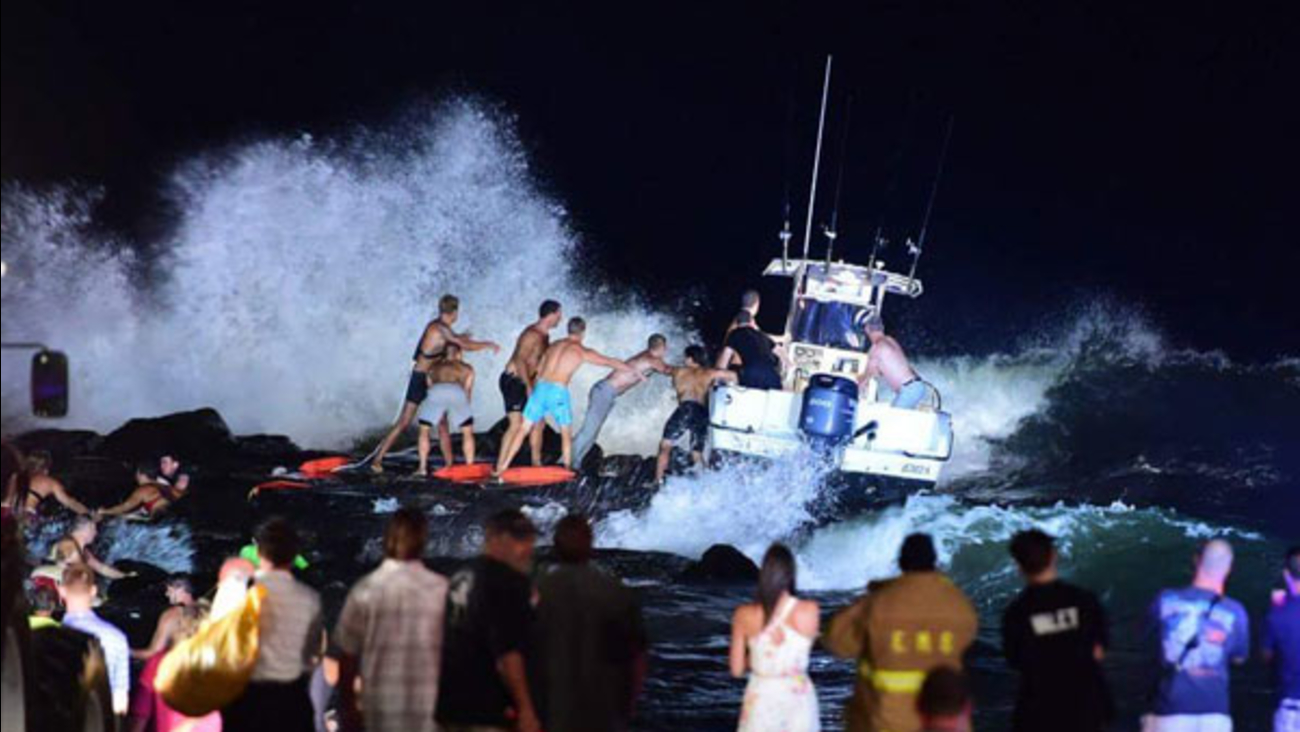 SPRING LAKE, N.J. -- Emergency responders braved dangerous conditions to rescue three people stranded when a fishing boat ran aground on a jetty at the Jersey shore, a crash in which alcohol may have played a role.

The accident in Spring Lake was reported around 9 p.m. Friday.

Authorities say one person aboard the teetering boat suffered a serious head injury and was removed as waves rocked the 21-foot vessel. Some of the rescuers stripped down to their underwear and had to work in the dark on the slick jetty until emergency vehicles were able to illuminate the area.

The two other people in the boat were not seriously injured. But Thomas McGinley, a 52-year-old Toms River resident who authorities say was operating the vessel, was arrested and charged with boating while intoxicated.

A telephone number for McGinley could not be located Saturday.

Spring Lake police Chief Ed Kerr applauded the work of those who took part in the rescue, including responders from his borough and several other nearby communities, state police and the Coast Guard.

"Everyone worked extremely well together," said Kerr, who was off duty when the crash occurred but happened to be having dinner across the street. He was among those who stripped down and dove into the water for the rescue.

Kerr noted that initial reports had as many as seven people in the water and trapped under the boat. But it was soon discovered those reports were erroneous.

"(The responders) were calm and heroic. It was an extremely dangerous situation and they really put their lives on the line," he told the Asbury Park Press.

The following message was posted on the Borough of Spring Lake's Facebook page: