'Your buildings are taller, our taxes are smaller': Ohio ad campaign looks to pilfer NYC businesses 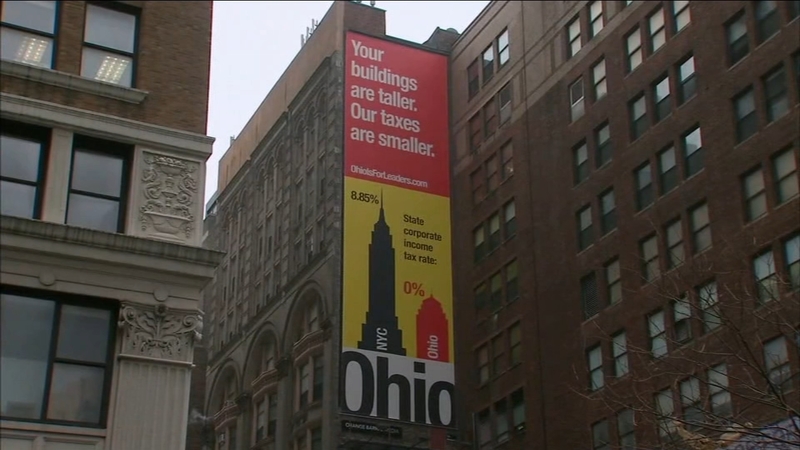 There are three print billboard placements and 13 programmatic in Manhattan along with four print and seven programmatic in Brooklyn, and the marketing campaign is the brainchild of private nonprofit economic development corporation JobsOhio.

One board in Times Square read, "Your buildings are taller, our taxes are smaller."

"That's definitely a fun one," JobsOhio managing director Renae Scott said. "There's been a fun conversation around that."

It's a conversation that likely begins with the question, "Why in the world am I looking at a billboard about Ohio in Midtown?"

"We just want to make sure Ohio is in the conversation in the consideration of where companies are reconsidering," Scott said.

JobsOhio is the state's economic development corporation, and their goal is to attract businesses that now have a virtual workforce and are considering getting rid of high rent commercial space.

"We know that the billboards are being seen," Scott said. "We're getting calls, we're getting emails, people are filling out the form that's on our website that are interested.

"There's so much focus on digital media, and this is proof that traditional media, like a billboard, can still be super engaging and fun," Madwell creative director Laura Wasson said.

The campaign launched last fall, and JobsOhio says it will continue to show other states and those in the business community that Ohio is not the "Rust Belt" state some think it is.