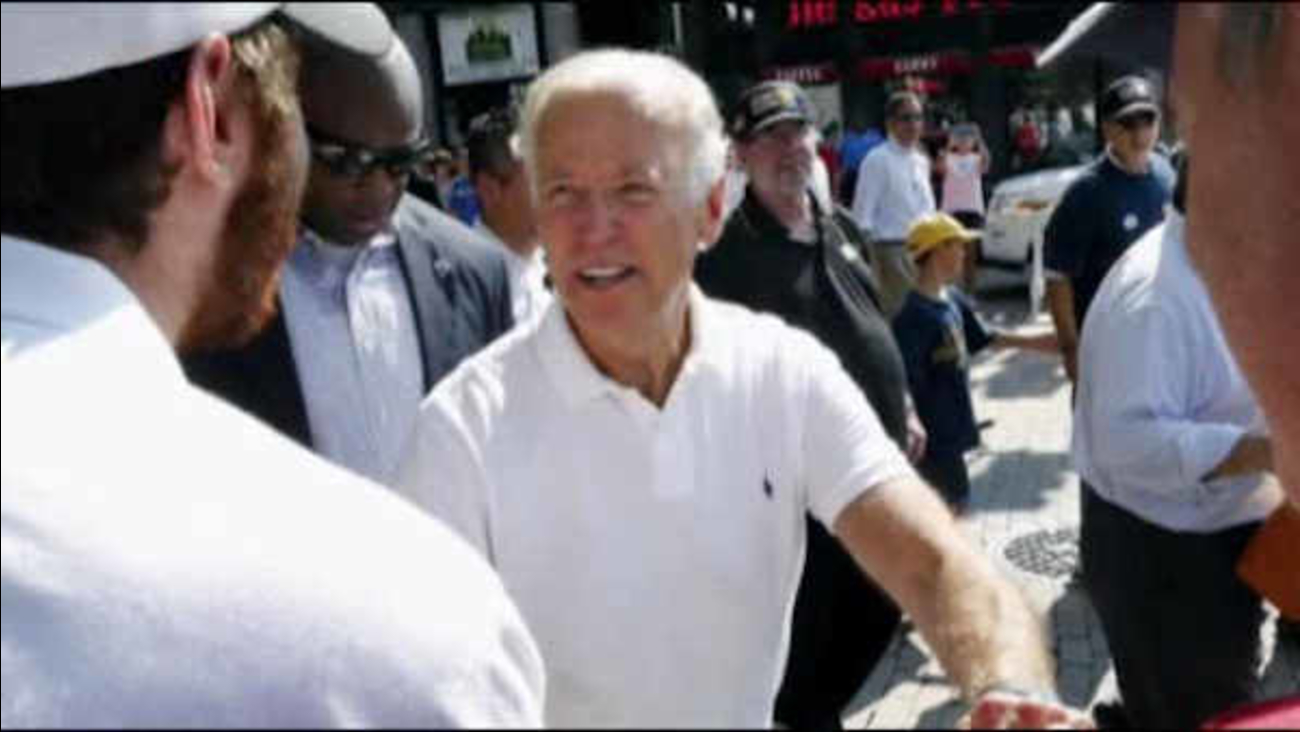 WASHINGTON -- The U.S. Secret Service said Sunday that multiple gunshots were fired from a vehicle near the Delaware home of Vice President Joe Biden on Saturday night. The vice president and his wife were not at home at the time of the shooting, authorities said.

The home is several hundred yards from the main road where the shots rang out, and authorities were searching outside the Biden residence and nearby houses to determine if any rounds hit anything.

Secret Service spokesman Robert Hoback said the shots were fired at around 8:25 p.m. on a public road outside the secure perimeter near the home in Wilmington, Delaware.

The shots were heard by Secret Service personnel, who saw the vehicle drive past the home at a high rate of speed and flee the scene.

The Secret Service said about 30 minutes later, an individual in a vehicle tried to pass a New Castle County police officer securing the outer perimeter of the area. That person was arrested for resisting arrest and will be questioned regarding the shooting to determine if he was involved.

Hoback said the incident is under investigation by the Secret Service and the New Castle County Police.

Biden's office said the vice president and his wife, Jill Biden, were briefed Saturday night, as was President Barack Obama. Biden's office referred all other questions to the Secret Service.

The Bidens spend many weekends at their Delaware home and commute back to Washington for the work week. When he served in the Senate, Biden frequently commuted daily by train to Washington.