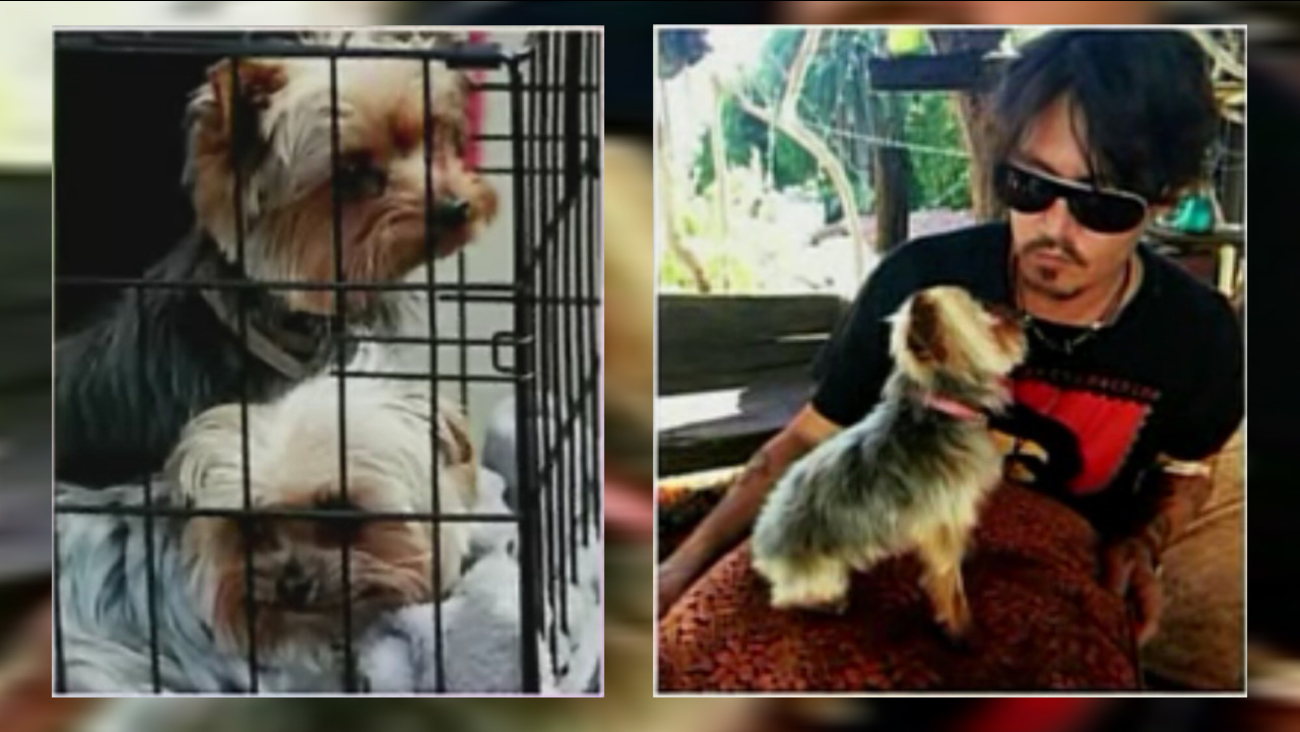 SYDNEY, Australia -- Actor Johnny Depp's wife Amber Heard pleaded guilty Monday to providing a false immigration document when the couple brought their two dogs into Australia last year, but she managed to avoid jail time over what was dubbed the "war on terrier" debacle.

Prosecutors dropped more serious charges that Heard illegally imported the Yorkshire terriers, Pistol and Boo, into the country while Depp was filming the fifth movie in the "Pirates of the Caribbean" series. A conviction on the two illegal importation counts could have sent the actress to prison for up to 10 years.

Depp and Heard said little to the waiting throng of reporters and fans outside the Southport Magistrates Court on Queensland state's Gold Coast, but they did submit a videotaped apology to the court that was played during Monday's hearing.

It drew gibes online for the couple's grim, wooden appearance as Heard apologized and they both expressed support for protecting Australia's biodiversity, the aim of the strict quarantine regulations that were violated.

"When you disrespect Australian law," Depp says in the video, "they will tell you firmly."

The drama over the dogs began last May, when Agriculture Minister Barnaby Joyce accused Depp of smuggling the tiny terriers aboard his private jet when he returned to Australia to resume filming the "Pirates" movie.

Bringing pets into Australia involves applying for a permit and quarantine on arrival of at least 10 days to prevent the spread of diseases such as rabies.

"If we start letting movie stars - even though they've been the sexiest man alive twice - to come into our nation (with pets), then why don't we just break the laws for everybody?" Joyce said at the time. "It's time that Pistol and Boo buggered off back to the United States."

Depp and Heard were given 72 hours to send Pistol and Boo back to the U.S., with officials warning that the dogs would otherwise be euthanized. The pooches boarded a flight home just hours before the deadline expired.

The comments by Joyce, who is now the deputy prime minister of Australia, elevated what might otherwise have been a local spat into a global delight for comedians and broadcasters. One newspaper website ran a doggie death countdown ticker, and comedian John Oliver dedicated a more than 6-minute segment to lampooning the ordeal.

Depp himself poked fun at the drama during a press conference in Venice, Italy, last year where he was asked if he planned to take the dogs for a gondola ride. "No," he replied. "I killed my dogs and ate them, under direct orders from some kind of, I don't know, sweaty, big-gutted man from Australia."

Joyce posted a link to the couple's apology video on his Facebook page, and later told reporters he doubted it was something the pair would have "willingly wanted to do." Still, he gave them credit for acknowledging they had made a mistake.

"I am happy that Ms. Heard has admitted that she was wrong and as such, that clearly shows that our position in pursuit of this was correct," Joyce told journalists. "Every nation has something that they're red hot about, and we're red hot about our biosecurity requirements in this nation."

When asked why Depp wasn't charged as well, the prosecutor's office said that there had been a "lack of admissible evidence" against anyone except Heard.

The false documents charge carries a maximum penalty of a year in jail and a fine of more than 10,000 Australian dollars ($7,650), but Magistrate Bernadette Callaghan sentenced Heard instead to a one-month good behavior bond. The condition means she will have to pay a AU$1,000 fine if she commits any offenses in Australia over the next month.

Heard's lawyer, Jeremy Kirk, told the court that his client never meant to lie on her incoming passenger card by failing to declare she had animals with her. In truth, Kirk said, she was simply jetlagged and assumed her assistants had sorted out the paperwork.

"She has made a tired, terrible mistake," Kirk said.

Prosecutor Peter Callaghan said ignorance and fatigue were no excuse. "The laws apply to everyone," he said.