A judge in Texas has blocked President Joe Biden's plan to provide millions of borrowers with up to $20,000 apiece in federal student-loan forgiveness

WASHINGTON -- The Department of Education is no longer accepting applications for its student debt relief program after a Texas judge on Thursday night blocked the program from going forward, ABC News reported.

"We are seeking to overturn those orders," the website says, referring to an appeal filed late Thursday by the Department of Justice.

The Biden administration had pledged to begin relieving debt before Dec. 31, when the moratorium on student debt payments will lift after a two-year pause because of the COVID-19 pandemic.

But this is the first time a lawsuit has led the Department of Education to shut down its application, muddying the waters on whether borrowers will see relief before they have to begin paying down their loans again at the start of the new year.

The program has faced a handful of lawsuits over the last few months. Two of those lawsuits were thrown out by courts who found the conservative groups filing the complaints had no standing, while another lawsuit being heard in the Eighth Circuit Court of Appeals recently put the program temporarily on pause while the arguments played out.

That lawsuit, brought by six conservative states that opposed the program, allowed borrowers to keep applying for the program, but stopped the Department of Education from discharging any debt relief until the court issued its ruling.

But Thursday night's ruling in Texas drove another, more complicated roadblock into the program.

The lawsuit, filed by a conservative group called the Job Creators Network Foundation, argued that the policy excluded people unfairly and should've been created with more input from the public.

U.S. District Judge Mark T. Pittman, who was appointed by former President Donald Trump, wrote in his ruling that whether the loan relief "constitutes good public policy is not the role of this Court to determine," instead focusing on government overreach. "No one can plausibly deny that it is either one of the largest delegations of legislative power to the executive branch, or one of the largest exercises of legislative power without congressional authority in the history of the United States," he wrote.

Pittman wrote that there wasn't clear justification for the Biden administration to wield such influence.

"The Court is not blind to the current political division in our country. But it is fundamental to the survival of our Republic that the separation of powers as outlined in our Constitution be preserved," he wrote.

White House press secretary Karine Jean-Pierre said they "strongly disagree" with the Texas court's ruling and that the Department of Justice has filed an appeal.

Cardona reiterated the White House's commitment to fighting the ruling, saying the Department of Education is "not standing down."

"We are disappointed in the decision of the Texas court to block loan relief moving forward. Amidst efforts to block our debt relief program, we are not standing down. The Department of Justice has appealed today's decision on our behalf, and we will continue to keep borrowers informed about our efforts to deliver targeted relief," Cardona said.

The administration is still confident that the program is "lawful and necessary," Cardona said.

As of last Thursday, about 26 million people had submitted applications for the program. The Biden administration said it had approved 16 million of those applications for relief, as soon as they were legally able to begin sending out payments.

But the latest court troubles leave roughly 17 million eligible Americans shut out of the program for now. The application was supposed to be live through December 2023, giving borrowers 12 more months to hear about the program and apply for it.

In the meantime, while the lawsuits play out in court, the Department of Education encouraged borrowers to sign up for their newsletter for the most up-to-date information on next steps for the program. 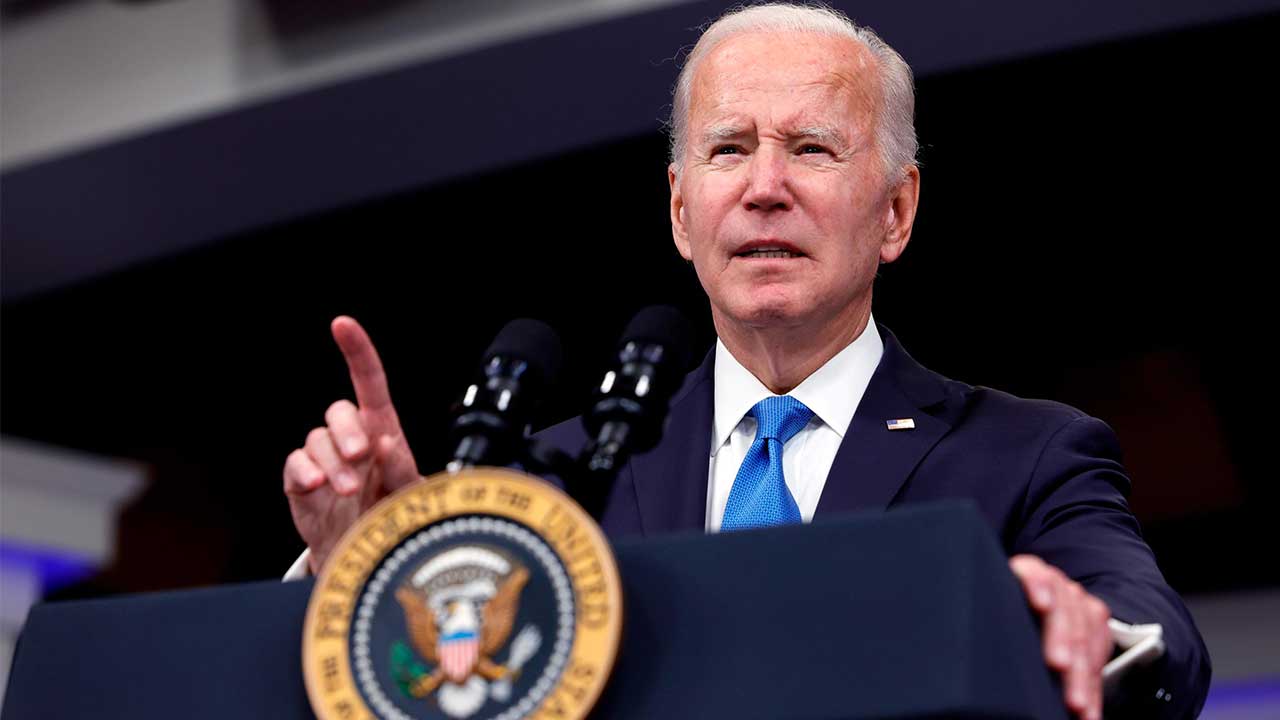