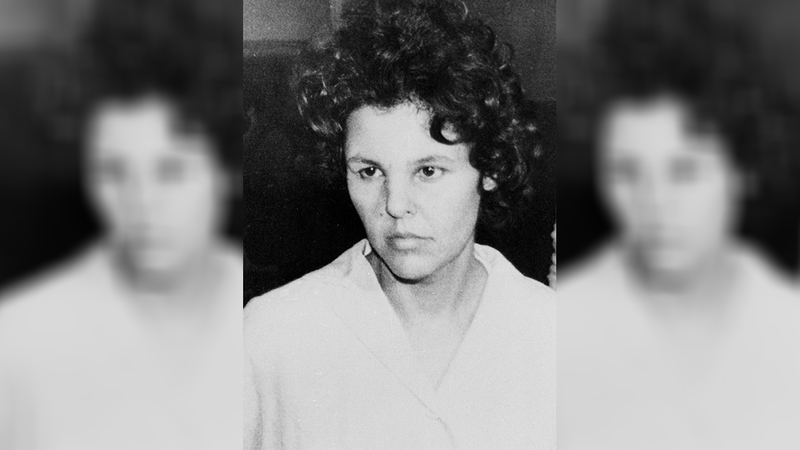 ALBANY, New York -- Supporters of Judith Clark, a former radical activist who has served more than 36 years of a life sentence for her role in a deadly 1981 Brink's heist, have asked a state panel to grant parole, saying she meets every legal and social test of rehabilitation.

Clark, 70, is scheduled to appear this week before the parole board, state corrections officials said Wednesday. The board would have two weeks to make a decision.

Clark, a former member of Weather Underground, a 1960s group of increasingly violent anti-war activists, drove a getaway car in the suburban New York robbery of a Brink's armored truck that led to the deaths of two police officers and a security guard. In a 2002 sworn statement, Clark expressed regret and said she had rejected her radical beliefs.

In 2017, a parole panel denied Clark's release, to which there is still strong opposition.

Norma Hill, whose car was commandeered during the heist and who testified against Clark, was among those submitting a letter supporting her release. She wrote that Clark has "constantly expressed her remorse to me" and "tried to make peace without ever forgetting her participation" in the Brink's robbery.

Democratic Gov. Andrew Cuomo praised Clark's behavior as a model prisoner when he commuted her sentence in 2016 to make her eligible for parole. He noted that she received one of the longest sentences of her six co-defendants, including the same sentence as one of the shooters.

During her time behind bars, Clark tutored other inmates, trained service dogs and founded an HIV and AIDS education program.

But some, including law enforcement officials and the families of victims, oppose her release.

"As a member of law enforcement at the time of this incident, I strongly believe Clark deserves the same sentence she inflicted on her victims," Rockland County Executive Ed Day said in a statement Wednesday.

"Releasing Clark would be an atrocious travesty of justice and an affront to our criminal justice system," the Rockland County District Attorney's Office said.

Clark's legal team said a diverse coalition of prominent New Yorkers was urging the parole board to release her. They include former Manhattan District Attorney Robert Morgenthau, 11 members of New York's congressional delegation and Elaine Lord, a former superintendent of Bedford Hills Correctional Facility, where Clark is incarcerated.

A joint letter signed by more than 70 elected officials across the state said the correctional system exists for rehabilitation as well as punishment.

"While parole can cause great pain to victims and their families, it is your role to hold open the door of mercy in appropriate circumstance," the letter said.

After the parole board denied Clark's release in 2017, state Supreme Court Justice John Kelley ordered a new hearing, saying the panel "acted arbitrarily and capriciously" by giving more weight to the severity of the crime than to her rehabilitation.

Kelley's ruling was overruled by a state appellate court.