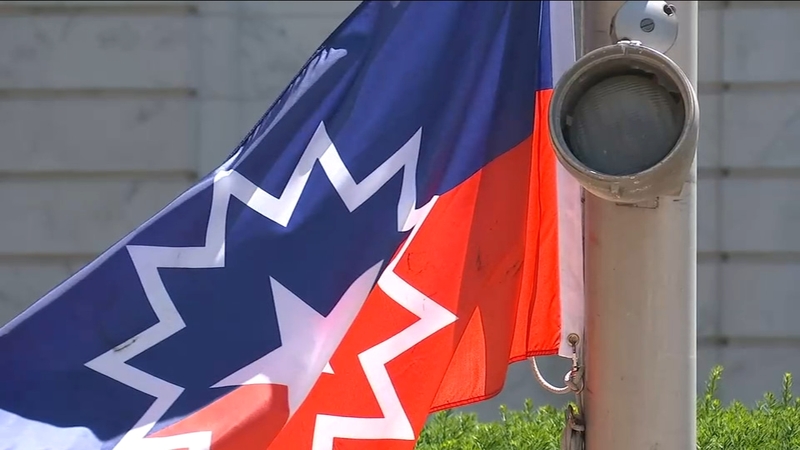 State agencies and courts are closed, and many state workers have the day off.

In Paterson, Mayor Andre Sayegh and members of the community marked the day with a flag-raising ceremony on Market Street.

Candace McCowan reports from Harlem on the observance of Juneteenth.

The date marks the historic moment when slaves in Galveston, Texas, finally heard they were free.

It came more than two months after Confederate General Robert E. Lee surrendered to Ulysses S. Grant in Appomattox Court House in Virginia, signaling the end of the Civil War.

The Emancipation Proclamation went into effect on January 1, 1863 and freed slaves in the states of rebellion, including Texas, but it took a long time for the word to spread.

Black families have been saluting this day for more than a century and a half, and now, the country has recognized the historic date.

Governor Phil Murphy was also in town to talk housing discrimination, which is still a major issue for Blacks searching for homes and is directly tied to generational wealth.

"As we commemorate Juneteenth, we must commit to both remembering the past and continuing to take action to ensure communities of color, especially Black Americans, achieve the full equity they deserve," Murphy said. "Today, I am proud to sign the Fair Chance in Housing Act into law and work to level what has been for too long an uneven playing field when it comes to access to housing. I thank the sponsors and advocates for their tireless commitment to making this bill a reality and ensuring that New Jersey is a fairer place to live."

The legislation aims to eliminate a barrier for those with criminal records and break an ongoing cycle exacerbated by previously existing policy. The Fair Chance at Housing Act will not apply in instances where federal law allows landlords to ask about certain criminal convictions.

President Joe Biden signed a bill Thursday making Juneteenth a federal holiday that will be observed Friday, since the actual date falls on a Saturday.