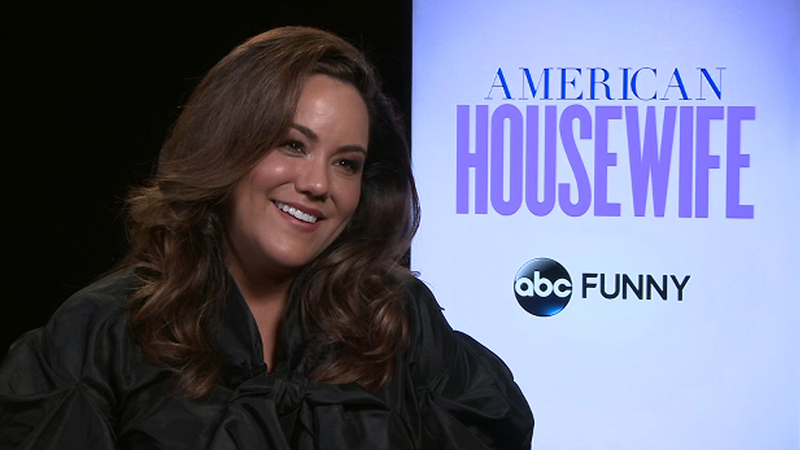 NEW YORK (WABC) -- On TV, Katy Mixon plays a mom to whom many can relate, navigating the daily challenges of raising children. And in real life, the actress is a new mom who is now living out some of the same issues her character has faced on "American Housewife."

Mixon is no stranger to prime time, having spent half a dozen years playing sister to Melissa McCarthy's character in "Mike & Molly." She is now in her second season of as the star of her own series on ABC.

Her character is middle class and living among the rich in Westport, Connecticut, with a husband and three children. But in real life, the star is a working mother of her first baby: a boy born after she finished season one.

"Finding out I was pregnant in the middle that was wild," she said, especially given she had to film a lengthy scene in a bathing suit while five months pregnant. It's in keeping with a show and a character with a clear point-of-view.

"There's nobody else like you in the world, and that's your power," she said. "So that overall, you can't look to the left and the right. You've got to march to the beat of your own drum, truly. I think that is the message."
And Mixon just kept marching.

"I'm grateful for the opportunity," she said. "(I'm) excited for whatever's going to happen, but I'm a forever changed woman, I'll tell you that."

Still, she struggles to put that change into words.

"There's truly no words to describe it," she said. "All I'm trying to do is take it day by day and hour by hour and be present in the moment. And that's what I'm trying to do."