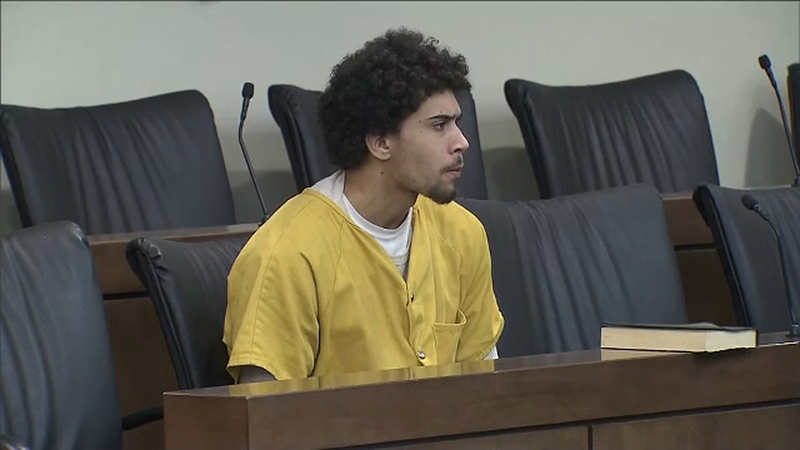 KEANSBURG, New Jersey (WABC) -- An 18-year-old neighbor charged in the slaying of an 11-year-old New Jersey girl who had been reported missing appeared in court Monday.

Andreas Erazo was brought into the courtroom in shackles to face murder charges and two weapons counts after being arrested in July in the death of AbbieGail Smith.

The girl's body was found July 13 wrapped in a comforter near the apartment building where they both lived in Keansburg.

Monmouth County prosecutors said that Erazo, who lived in an upstairs apartment, has admitted stabbing the girl and binding her with a computer cord. They say he then wrapped her body in the comforter and hid it on a nearby roof.

The next step is for the evidence investigators have gathered to be presented to a grand jury to decide how the case will proceed.