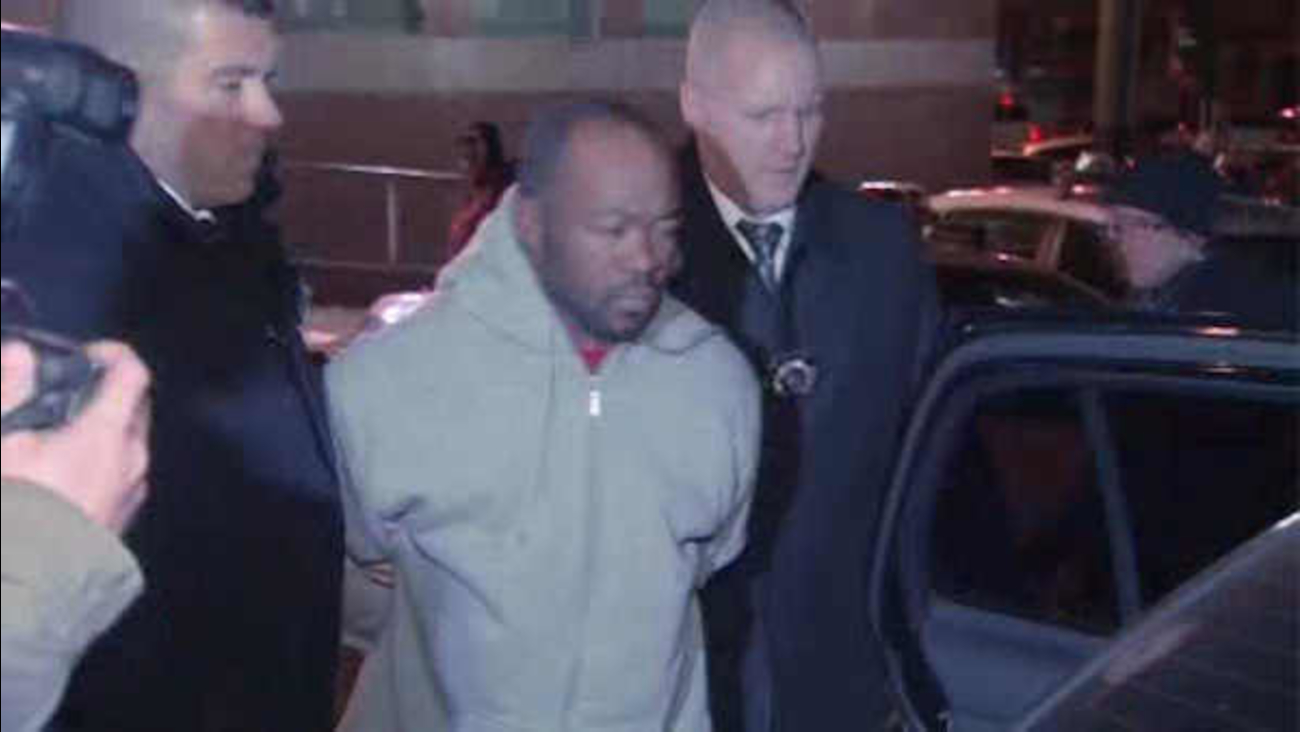 NEW YORK (WABC) -- The suspect accused of pushing a man to his death in front of a New York City subway train while his horrified wife watched was arraigned Monday.

Kevin Darden, 34, is charged with second-degree murder and first-degree manslaughter.

Police say he pushed Wai Kuen Kwok into the path of an oncoming D train in the Highbridge section of the Bronx last November.

The husband and father was killed in front of his wife in what police believe was an unprovoked attack.

Darden has been arrested more than 40 times.

He is also suspected in a separate subway station incident in which a man suffered minor injuries when he was pushed to the ground at the West 4th Street station.