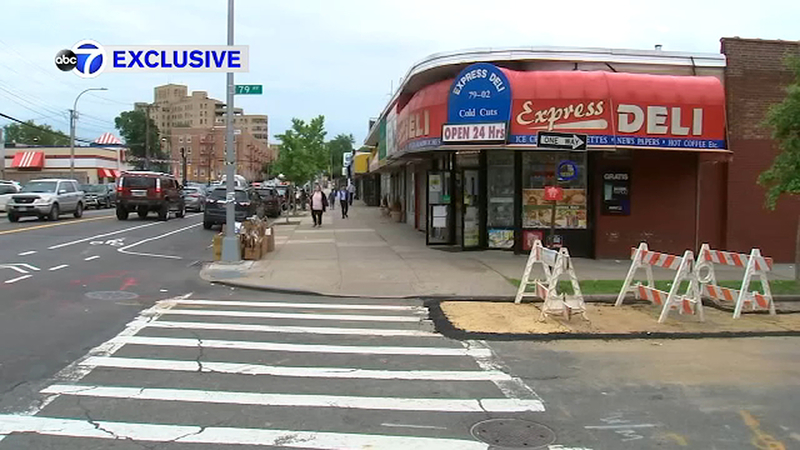 Man attacked by suspect breaking into his car

KEW GARDENS HILLS, Queens (WABC) -- In a brutal assault in Queens, a man was beaten by an attacker who was trying to get into his car outside a deli.

"Boom. Just like that he hit me right here," said Joseph Foozailov about the sucker punch that nearly knocked him out.

He says it caught him off guard, punch after punch, fracturing his jaw in two places and knocking out three teeth.

"Blood, my teeth. He was pounding me against my car," he said.

In an exclusive interview, the 31-year-old victim, with his face swollen, said it happened outside a deli on Parsons Boulevard in Kew Garden Hills.

Around 11 p.m. Monday, he had just parked his car in front of a hydrant. Foozailov says the suspect first tried to break into the car parked in front of his.

So he ran into the deli to alert that driver, leaving his car unlocked.

By the time he ran back outside, he says that suspect was trying to break into his car.

"He opened it. I came, I shut the door, I moved him away," said Foozailov. "And I wanted go back in, I was holding it like this and the next thing I know, boom."

Police say the suspect is in his 20s, was wearing a winter coat and backpack at the time.

There are several surveillance cameras in the area. Cops say the suspect fled on foot, and was mumbling at the time of the attack.

"He was just drugged. You could see the guy was on some heroin or something. He was messed up," said Foozailov.

Foozailov says there were multiple witnesses but nobody would help him, including the people in the car in front of his.

"I tried to help them. I got hit instead. I was left like that," he said.

Thursday he will have surgery to lock his jaw in place. He says he'll be drinking out of a straw for six weeks.