2 teenagers shot in Brooklyn mall as shoppers scramble for safety 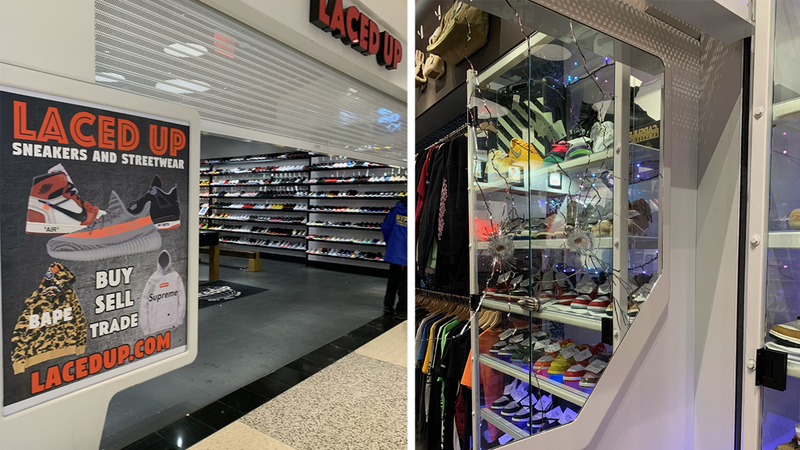 2 teens shot in NYC mall as shoppers scramble for safety

The incident happened around 2:30 p.m., with a witness reporting he heard at least four gunshots.

"I heard the shots go off; it sounded like a machine gun," said Mark, a security supervisor who was inside the mall at the time. "Everybody starting running...We had customers in there, we had to bring them to safety, too. It was very terrifying."

Officers quickly determined this was no active shooter intent on mass murder, just yet another absurd case of gun violence.

In this case, police say a preliminary investigation found that a 19-year-old carried a gun to the mall along with two friends.

They were shopping in a sneaker store called 'Laced Up' when a group of six other teens confronted them. That's when the 19-year-old opened fire across the store.

"There were probably upwards of 10 shots fired by this individual and ... it's just outrageous. Super reckless," said Chief Michael Kemper of the Commanding Officer Patrol Borough of Brooklyn.

Eyewitness News obtained pictures of the bullet holes left behind.

After the incident, both groups fled onto Avenue U.

They were both to taken Maimonides Hospital in stable condition.

"We have two people shot thankfully their injuries are not life threatening, but we're very fortunate that that's all that happened," Kemper said.

Police believe the shooting may have been gang-related, involving two rival groups.

Responding officers immediately obtained description of the shooters and were able to stop the suspects few blocks away.

Police say the whole incident inside the store was captured on video, but it's unclear at this time if they'll release the footage.

They say the 19-year-old suspect responsible for shooting the victims has a prior gun charge arrest from November 2021, when he was in possession of four firearms.

He was out on bail for that crime, when he got his hands on yet another firearm and went shopping for sneakers.

Another 19-year-old suspect was arrested for a prior weapons charge as well. He shot someone in 2019 and is currently awaiting sentencing.

Shoppers inside mall ran into stockrooms of stores for shelter.

Kemper commended his officers for their quick response and stated that what happened today was "outrageous."

Police aren't sure what the fight was about, but say it was probably something pretty trivial. Though nothing is trivial when teens are carrying guns.