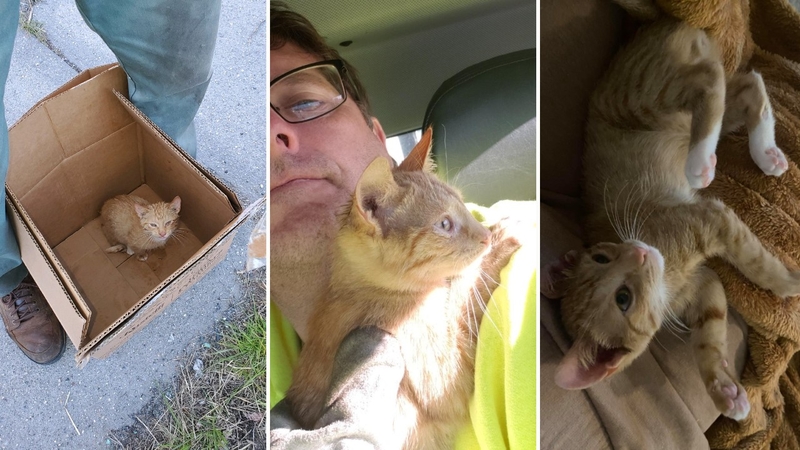 BROAD CHANNEL, Queens (WABC) -- A kitten in Queens may have used up one of his nine lives when he barely missed being crushed in a garbage truck's compactor.

Two sanitation workers in Broad Channel heard meowing from a trash bag on Monday when they were about to throw it in the truck's hopper.

They opened the bag and found an adorable 10-month-old kitten inside that they have since named Hopper.

"I couldn't believe it, I'm like who would do this -- put the cat in a bag, there are so many different outlets to help a cat with a better life than to put him in a bag and tie it up and put tape around the top -- I can't help but think it was intentional," said sanitation worker William Montero.

Hopper is being treated for respiratory and eye infections.

Noah's Ark Animal Rescue is nursing him back to health before looking for someone to adopt him.

They both already have rescue animals at home, so they will not be bringing Hopper home with them.