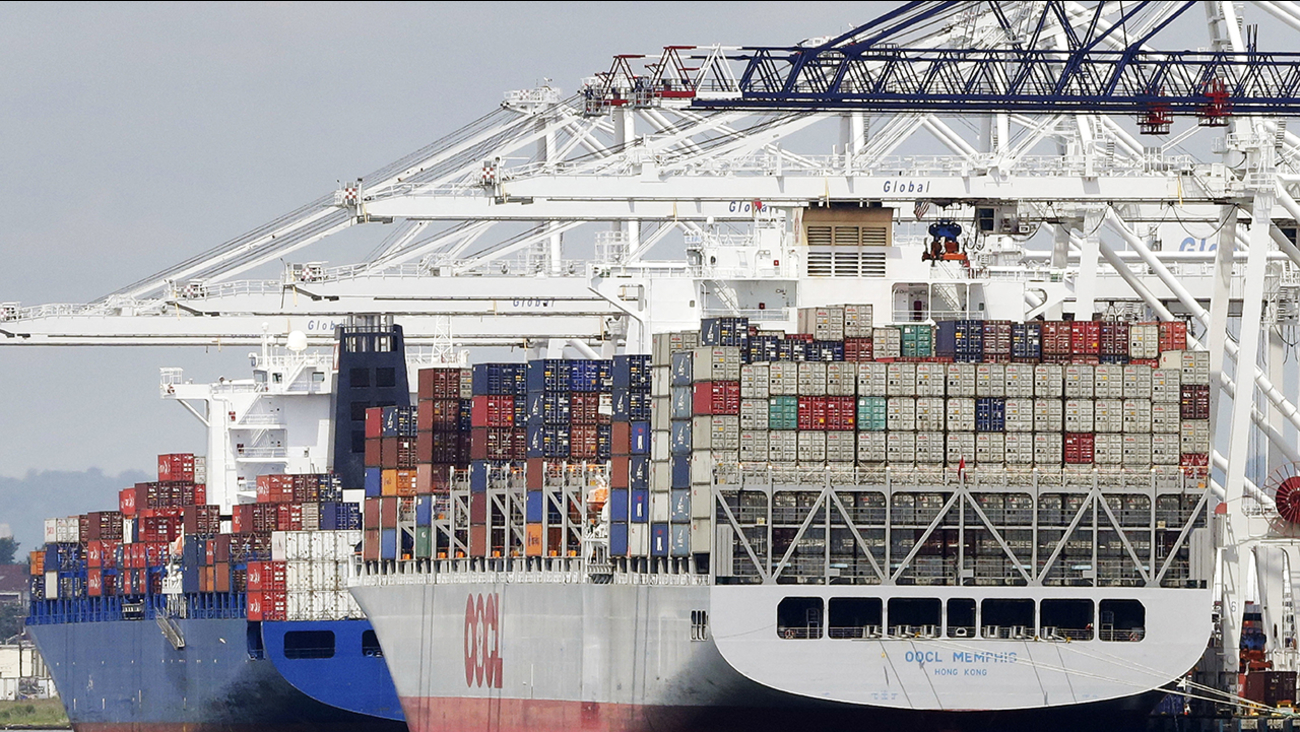 In this June 3, 2015 file photo, container ships are docked at a shipyard, in Jersey City, N.J. (AP Photo/Mark Lennihan)

NEW YORK -- The president of a local longshoremen's labor union based in New Jersey has been charged with taking $150,000 bribes in exchange for not filing arbitration claims against a person who employed union members.

A criminal complaint in federal court in Manhattan accuses Glenn Blicht of demanding the bribes from the unidentified employer over the past decade.

Blicht, 57, "was supposed to be representing the best interests of hundreds of people who had faith in the fact that he was helping them, but he allegedly decided to help himself to bribes the other side was offering him," FBI official William Sweeney said in a statement announcing the charges.

The defendant was released on a $100,000 bond following his arrest on Friday. There was no immediate response to emails sent Saturday seeking comment from his defense attorney and from the local union's parent organization.

Federal prosecutors say that while heading a branch of the International Longshoremen's Association with offices in Ridgefield Park, New Jersey, Blicht shook down the employer for bribes he code-named "tickets," each worth $1,000. He was caught on tape receiving the cash payments three times at meetings with the employer after the employer pleaded guilty to tax charges and began cooperating with authorities, it says.

Earlier this month, Blicht became upset with the employer for falling behind on payments and threatened to go forward with an arbitration claim unless he received 10 "tickets," the complaint says.

It says in a recorded call, the defendant warned, "Don't screw me on this, because if you do - this is a not a threat, it's a promise - you'll regret it."