Lady Gaga: 'I better hear no lip-syncing' at halftime show 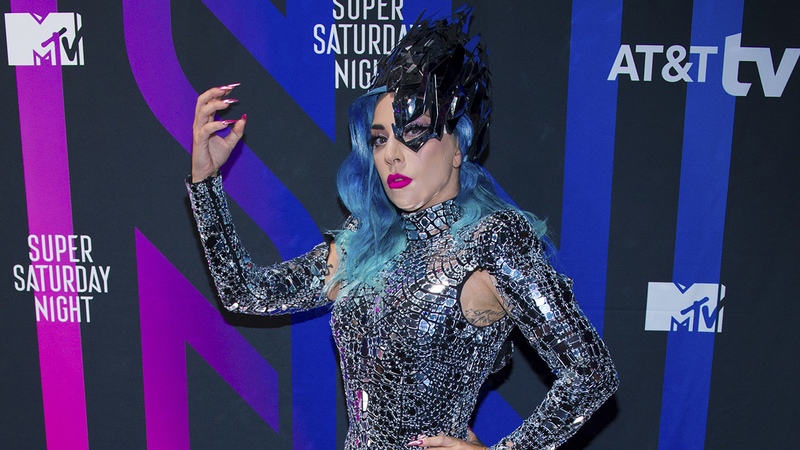 MIAMI -- Descending from the air, Lady Gaga kicked off a pre-Super Bowl concert by mimicking her entrance to her Super Bowl halftime performance three years ago, which earned her raved reviews.

Headlining the big sports stage was a recurring theme of her Miami concert Saturday night, and the pop star sent a message to Sunday's featured performers: "I better hear no lip-syncing tomorrow!"

Jennifer Lopez and Shakira will join forces to perform at Super Bowl 54 at the Hard Rock Stadium, when the San Francisco 49ers will take on the Kansas City Chiefs.

RELATED: What to know about San Francisco 49ers vs. Kansas City Chiefs

Gaga has denounced lip-syncing since the beginning of her career, which kicked off in 2008 with her multi-platinum album, "The Fame." Moments after delivering the sharp comment as she sat by the piano, she told the audience: "I love you Miami. I love you J. Lo. I love you Shakira."

Gaga performed at the AT&T TV Super Saturday Night show at Meridian at Island Gardens. Toward the end of her show - which closed with an epic perfomance of her Oscar- and Grammy-winning smash "Shallow" - she said she hoped Lopez and Shakira shine onstage.

"I wish so much love and so much luck to everyone that's doing the halftime show, to both the teams that are playing each other in the Super Bowl," she said. "They're all champions."

Teary-eyed, she thanked the audience for their support and for allowing her to perform at the halftime show in 2017.

"Thank you so much for believing in me. I remember when I played the halftime show and it was one of the most special, beautiful things that's ever happened to me. So, thank you," said Gaga, who also wowed audiences at the 2016 Super Bowl when she sang the national anthem. "And once again, all my love to everyone that's performing and playing tomorrow. I hope they all feel as lucky as I do right now."

RELATED: Take a peek at this year's Super Bowl ads

Gaga performed a two-hour set Saturday, changing three times during the performance, which she kicked off in a glittery bodysuit and flowy, blue hair. She ran through a number of hit songs, including "Just Dance," "Poker Face," "Born This Way," "Bad Romance" and "Telephone."

Feverish fans cheered loudly at the standing-only concert, and one of them even threw a letter onstage, which Gaga read out loud.

"In 2014 I fought for my life due to mental illness that stemmed from my own insecurities and life experiences. Without your radiant positivity and encouragement, I don't know if I would have had the strength to continue to fight to recover my life back," Gaga read from the letter.

She invited the fan onstage and hugged her tightly.

Gaga said AT&T TV will donate $1 for every tweet using #SuperSaturdayNight to her Born This Way Foundation, which supports mental and emotional wellness.

"We put mental health first aid into schools around the country and we're going to continue to do that until we get it in every school. It's a goal of mine," she said.

Gaga, who has openly talked about her struggles with post-traumatic stress disorder, went on to perform "Million Reasons," saying: "I wrote this song because I was going through a rough time, and when life gave me a million reasons to want to give up, I just needed one good one to stick around."

"And I was lucky enough at the Super Bowl a couple years ago to sing this song and I'll never forget it - I was singing it and I looked out in the audience and I swear to God I saw my parents," she continued. "When I said, 'Hey Mom and Dad,' at the Super Bowl, that wasn't planned. I really saw them. I saw them among a sea of people and it was because I could feel their hearts, because if it wasn't for my family I'd be nowhere. I love you, Mom and Dad. I love you, Natali, my sister."
Report a correction or typo
Related topics:
arts & entertainmentfloridalady gagamusic newssuper bowl 2020u.s. & world
Copyright © 2022 by The Associated Press. All Rights Reserved.
TOP STORIES
Blakeman tells Hochul to 'stand down' on mask mandate ruling appeal
Mother, 2 young children reported missing in New Jersey
Woman beaten, robbed in attempted rape in Queens
Cause of death revealed for 23-year-old woman found dead after date
Fire raging at junkyard in NJ impacts NYC air quality
Bridge over Hackensack River getting long-awaited upgrades
Show More
AccuWeather: Breezy breaks, milder
Critics to respond to Adams' 'Blueprint to End Gun Violence'
91-year-old man dies in blaze at home in Queens
SAT going digital in shifting college admissions atmosphere
Teen charged with arson in East Village card shop fire
More TOP STORIES News