Portion of roof collapses at Tequila Sunrise restaurant in Larchmont 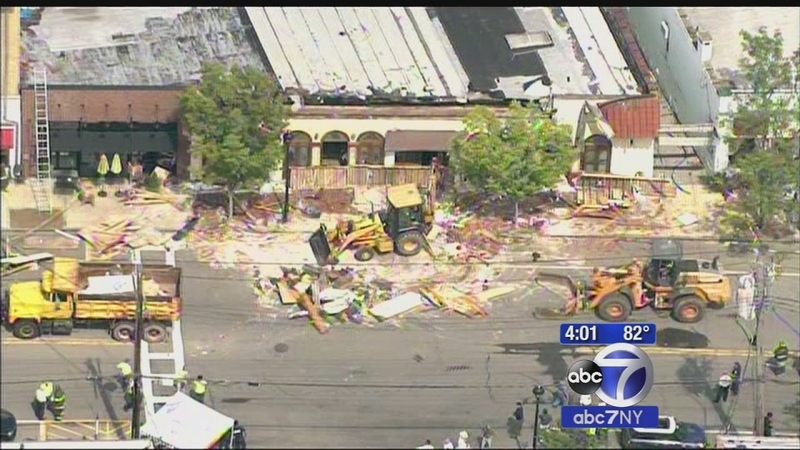 LARCHMONT, N.Y. (WABC) -- A portion of the roof of a Westchester restaurant collapsed Friday, leaving debris on the sidewalk.

The incident happened at about 12:30 p.m. at Tequila Sunrise on Larchmont Avenue in Larchmont. Police said they received several 911 calls from people who reported hearing a "big bang."

Officials said the top of the building's front facade above the awning suddenly collapsed. It was lunchtime when it happened, with tables and chairs set up for outdoor dining. But the owner said no one was sitting underneath or walking past the awning when it fell.

A worker at a nearby business told Eyewitness News said he there was a lot of noise, and there's extensive damage to the front of the building.

No one was injured in the collapse.

The owner said it's too early to say what caused the collapse. Besides some broken winds, there was no damage to the inside of the restaurant.

If this had happened on a weekend day, the owner said this would have been a different story. Lunch on Friday is typically a slow time for the restaurant.