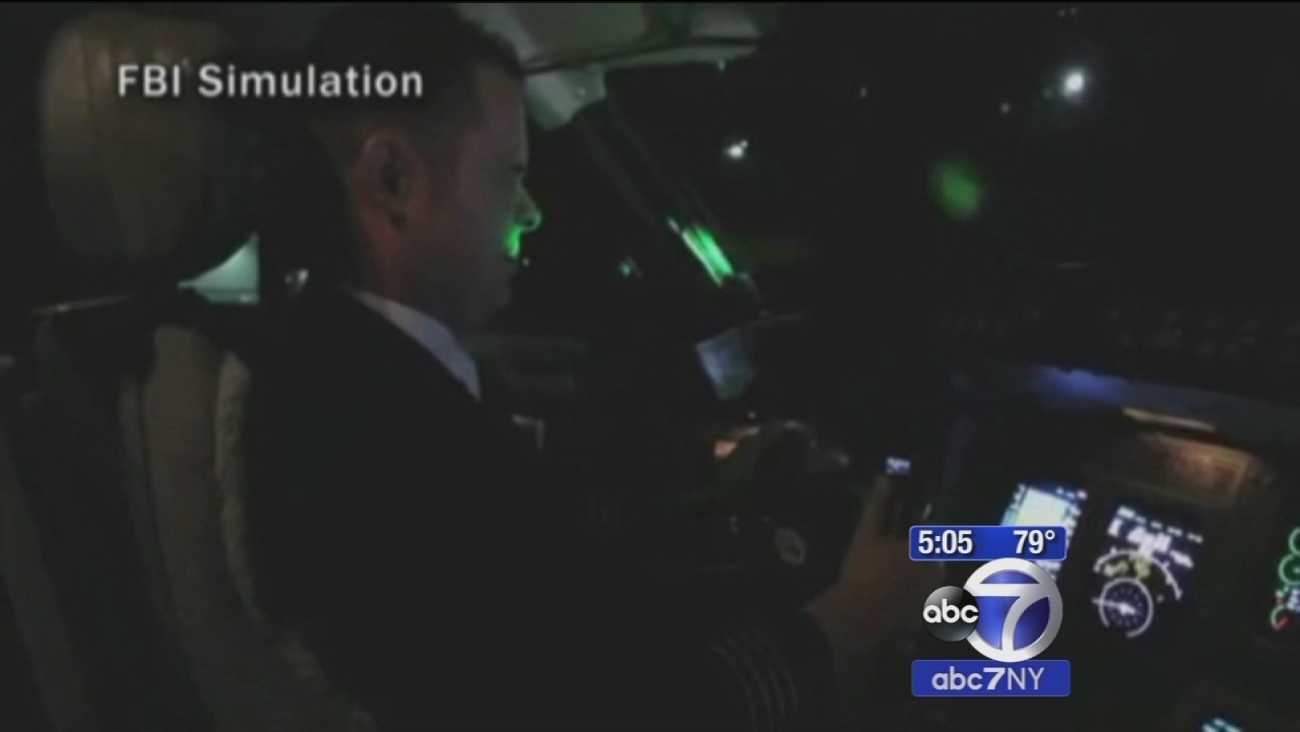 The FAA said the reports came in from planes flying over New Jersey and Pennsylvania. The incidents happened between 9 and 10:30 p.m.

One pilot reported an injury, but no specific details were released.

On Wednesday, 12 different pilots reported laser incidents while flying near Newark-Liberty Airport in New Jersey. During that time, the tower eventually changed the approach path after determining where the laser was being pointed from.

Authorities said laser pointers are a growing problem with aircraft. Newark had 28 reported laser-pointing incidents last year, with the most recent two coming in March.

Last May, four planes departing from Kennedy Airport reported their aircrafts were targeted by a laser, shined from Farmingdale, during the same time period.

Pointing a laser into a cockpit is a federal crime that carries a maximum of five years in prison and a $250,000 fine.

"The most danger is the loss of focus in the cockpit. The possible blindness of the pilot," said retired airline pilot J.P. Tristani. "All these aircraft below 10,000 feet are in the approach to landing mode, that means heads down looking at instrumentation, looking down at digital displays. That means that flare, that flashbulb effect hits the cockpit, you have blindness, loss of focus at better than 400 feet per second. That's also danger to other aircraft in the proximity."

The FBI reports that one of the pilots in the incidents Wednesday night was temporarily blinded and is now experiencing blurred vision as a result.

Some of the incidences were viewed at different locations over the state, leading to investigative speculation that more than one person was involved. The FBI did say the pilots' main job is to fly the plane and not pinpoint the location where the laser came from.

"We are really not sure how many people are out there. Again, this happened last night so the investigation is ongoing at this point, we have anywhere from four to six incidents," said Richard Frankel, FBI Newark.