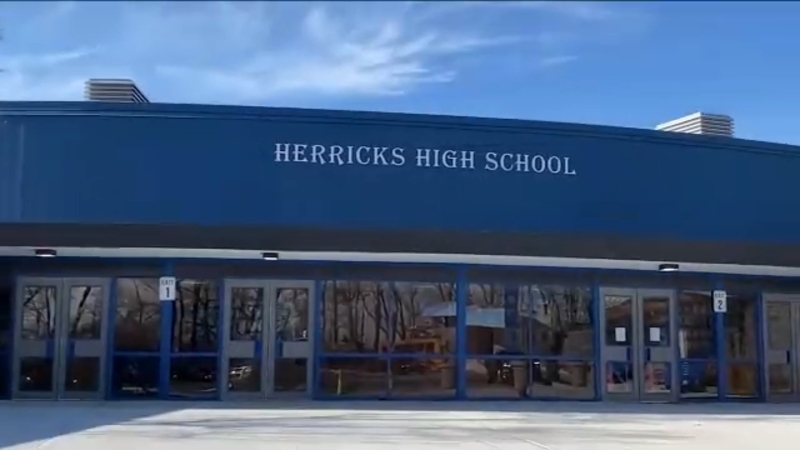 SEA CLIFF, Long Island (WABC) -- A science teacher on Long Island who is accused of injecting a 17-year-old friend of her son's with a COVID-19 vaccine without his parents' consent has been offered a plea deal.

Prosecutors say 54-year-old Laura Parker Russo could plead guilty to a misdemeanor charge when she returns to court June 13.

She would be required to serve 50 hours of community service, and if she stays out of legal trouble, she would have her charges dismissed and the case sealed.

The Nassau District Attorney's Office offer is on the table "based on the defendant's long-standing ties to the community and her lack of a criminal record."

Russo, a biology teacher from Herricks High School, was seen on a Snapchat video allegedly administering a Johnson & Johnson coronavirus vaccine to the boy.

The incident happened on New Years Eve inside her home in Sea Cliff.

"I don't know what her motivation was, obviously," Nassau District Attorney Anne Donnelly said after the arrest. "As you're aware, there was a video made of it. It was almost treated as if they were doing something funny. And it's not funny when you're breaking the law and injecting children."

Russo has been a teacher for 35 years and has six kids of her own.

While Russo is not a licensed medical professional, her defense attorney Michael DerGarabedian argued that she has diabetic family members and is "constantly giving medicine."

"There was no ill-intented motive," DerGarabedian said. "She wasn't making money. She wasn't trying to hurt anybody. So figure it out yourself. She was trying to do good."