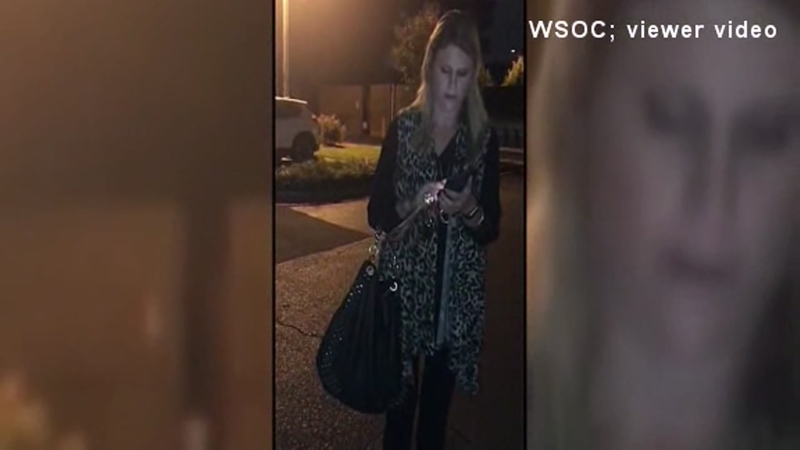 According to WSOC, Leisa and Mary Garris said they were waiting outside of their apartment for AAA to jump their car when Susan Westwood approached them.

A video showed Westwood walking toward the Garris sisters and saying things like, "Hi, how are you? I'm hot, I'm beautiful. I'm 51, and what are we going to talk about tonight? Being hot? Being beautiful? Being white? This is Myers Park, SouthPark, B****. Why are you up in here hanging out?"

This is just a few seconds of a video that has now gone viral. Two sisters recording video say the woman seen in video racially and physically attacked them while waiting for AAA to respond in their own neighborhood. @wsoctv pic.twitter.com/UGslp1oZGN

One of the sisters told Westwood she called the police because she felt threatened. Westwood later responded saying, "Do I need to bring my concealed weapons too? This is North Carolina by the way."

The video shows Westwood continuously asking the sisters if they live at the complex.

"Do you live here?" she says. "Why do we feel that we need to be here like hanging out? Let's call 911. I want to make sure there's nothing going on here."

Westwood then brought her race and salary into the mix.

The sisters said they plan to take legal action.

Charlotte-Mecklenburg police said four criminal summons have been issued for the woman, including two counts of communicating threats and two counts of simple assault.

However, they have yet to be served.