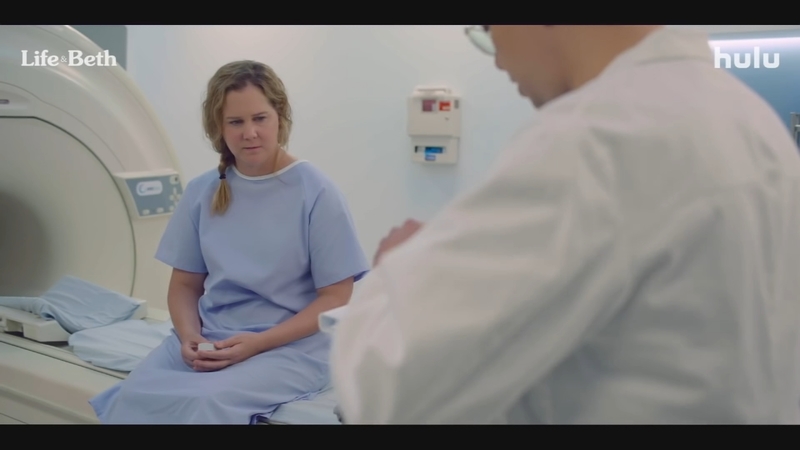 NEW YORK (WABC) -- "Life & Beth" was created by Amy Schumer, who drew on her own life to give us a portrait of a woman making changes and looking for more out of life as she approaches 40.

Schumer's real-life journey towards love and marriage inspired the show, after the star followed the traditional advice to "write what you know."

The new Hulu series was made in Manhattan and premiered Wednesday in Chelsea.

The purpose was to introduce her highly personal, new series.

"Amy Schumer is hands-down hilarious," said Murray Hill, who plays her boss in the series. "I think what people are going to see with this show is she literally did everything, wrote it, produced it, cast it starred in it."

Will Smith is widely expected to win his first Oscar for playing the father of tennis superstars Venus and Serena Williams in "King Richard."

The star, who is best known as a comic, also directed episodes of "Life & Beth."

To help her make it, the star turned to friends like Laura Benanti, who ran into her during the pandemic.

"We saw each other in the park, and she was talking to me about it and I was like, 'This sounds incredible,'" Benanti said.

Benanti said the two co-starred together onstage in "Meteor Shower" on Broadway.

Others are New York comics like Yamaneika Saunders, who has known Schumer for years.

"She's friendly with us, and then when she likes you, she likes you and when she sees something in you, you're blessed," Sunders said. "Then you're like, 'Thank you. You want to work with me? I appreciate that because rent is due.'"

Perhaps the most extraordinary story here came from a 17-year-old Manhattan high school student. Violet Young was recruited to play Amy's character as a young woman.

"It's crazy," she admitted. "I mean I definitely prefer being on a red carpet than being at school."

Jazlyn Guerra is just 11 years old, the pride of her Brooklyn neighborhood, and host of the viral Jazzy's World TV. Sandy Kenyon has more on Guerra.

In telling this story, Schumer discovered lessons in her own life.

"I learned to have more empathy for myself, and just listen to my instincts," she said. "I mean, how many times do we all have to learn that lesson? Listen to your gut."

But you shouldn't worry this comic known for sharp humor has gone all soft and gooey on you.

"Life & Beth" has plenty of her razor-sharp wit-amid a story with a lot of heart. It starts streaming on Friday, March 18 on Hulu, owned by Disney which is the parent company of ABC 7.

The comedian is also deep in preparations for the Oscar show which she will co-host on Sunday, March 27 along with Regina Hall and Wanda Sykes.

Schumer said she's "going to go for it, no holds barred," but she promised to, "stay within the limits of the law."